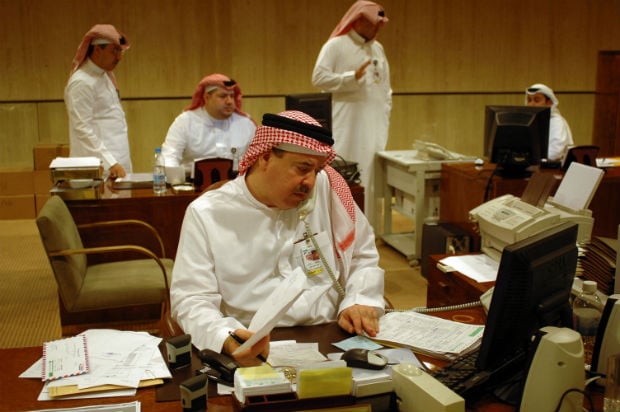 Saudi Arabia will push private companies to pay Saudi workers as much as their state-employed counterparts with the goal of encouraging more citizens to seek work in the private sector.

From February Saudi workers who are paid less than the public-sector minimum wage of 3,000 rials ($800) a month will not be counted fully in the mandated quota of Saudis a company must employ to avoid tough fines.

The move, announced on Saturday by Labour Minister Adel al-Fakeih and carried in national newspapers on Sunday, is part of Saudi Arabia’s wide-ranging labour reforms in a country where nine-tenths of private-sector workers are foreign.

The government has in the past relied on quotas and visa restrictions to reduce a dependency on relatively cheap foreign labour but some 90 per cent of Saudi workers are still employed by the government, and while unemployment among Saudis was only 10.5 per cent according to the latest 2009 data, economists say labour force participation is lower than 40 per cent, or around half the global average.

Last year the Labour Ministry refined an old system of quotas for the number of Saudis that companies must employ, introducing a more nuanced system of penalties and rewards than had existed before.

Companies that miss their “nitaqat” targets, as the new system is known, face fines and hiring restrictions.

One effect of the new rules might be to close a loophole in the quota system, under which companies pay Saudis a small stipend to sit on their personnel books without being expected to do any work.

However, while they encourage Saudis to consider work with the private sector by guaranteeing a decent wage, the new rules also raise costs for companies.

“It’s effectively imposing a minimum wage for Saudis, but it doesn’t feel like a number that will have a major impact on the cost base of companies that’ll employ Saudis,” said Simon Williams, Middle East chief economist at HSBC in Dubai.

The world’s top oil exporter and Middle East’s largest economy has more than 6 million foreign workers, most of whom hold low paid jobs for private companies.

In January, Fakeih said the kingdom needed to create 3 million jobs for Saudi nationals, some of which could be achieved through replacing expatriate workers.

Economists say the low cost of foreign workers has not only made it uneconomical for companies to employ Saudis, but has encouraged inefficiency.

“The private sector in Saudi Arabia is overstaffed. Most of the private sector don’t need to be more efficient and to hire the best people and to pay a competetive wage. But because non-Saudis are cheap they hire a lot of people who aren’t needed for the economy, or for their own company,” said Abdulwahab Abu Dahesh, a prominent local economist.

The kingdom is also planning to enforce a two-day weekend for private companies, the ministry said recently.

Among other new rules announced by Fakeih on Saturday and scheduled to come into operation in February, part-time Saudi workers will be treated as half workers for the purposes of nitaqat quotas, while disabled people will count for four able-bodied workers.