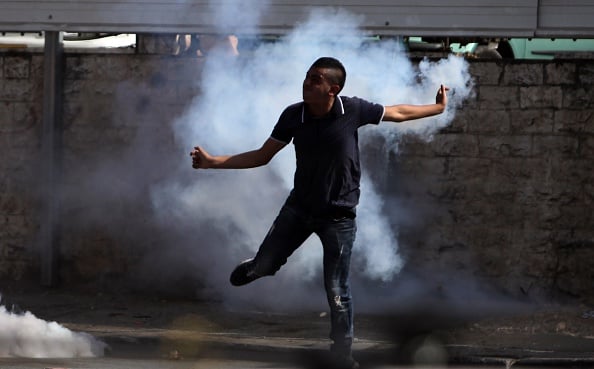 Saudi Arabia denounced on Thursday what it called violations by Israeli forces of Jerusalem’s al-Aqsa mosque, one of Islam’s holiest sites, which has seen days of clashes between Israeli police and stone-throwing Palestinians.

The state Saudi Press Agency quoted an official source describing the Israeli actions as an “aggression” which would “lead to grave consequences and contribute to feeding extremism and violence”.

Israel’s actions were also a “flagrant violation” of the sanctity of the site, which is revered by Muslims as the Noble Sanctuary and by Jews as the Temple Mount, the official said.

On Tuesday, Israeli police fired stun grenades and tear gas at rock-throwing Palestinians who barricaded themselves inside al-Aqsa mosque.

Saudi King Salman had informed Palestinian President Mahmoud Abbas that he had been in contact with world leaders regarding the mosque and that he had asked Saudi Foreign Minister Adel al-Jubeir to take all necessary measures to protect al-Aqsa, the Palestinian news agency WAFA said.

Saudi Arabia, birthplace of Islam and an ally of the United States, regards itself as the main defender of Muslims.

The White House has said it is deeply concerned about the violence and called on all sides to “exercise restraint and refrain from provocative action and rhetoric”.

Israel captured the site when it seized East Jerusalem and the rest of the West Bank from Jordan in a 1967 war. It left al Aqsa under the religious control of Muslim authorities, but Palestinians fear that control is being eroded by increasing visits by Jewish groups.