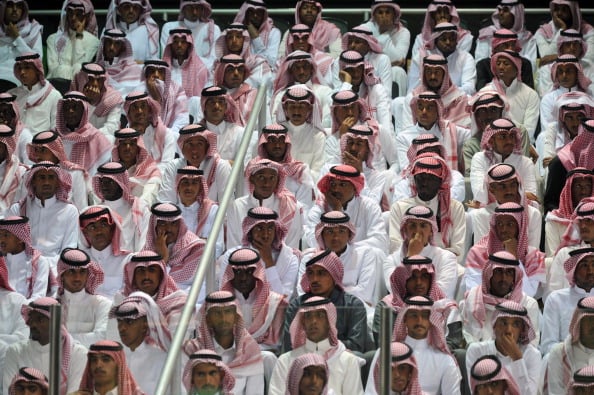 Saudi Arabia is changing tack in its labour reforms, softening the blow to companies with money for subsidies and training while trying to lure Saudis to the private sector with more attractive working conditions.

A draft law would limit working hours at companies to entice new employees and adjustments are being made to recent rules. Meanwhile the government is spending billions of riyals to help pay Saudi workers’ salaries, and is setting aside more money to smooth the path of the most sweeping economic reforms in decades.

Authorities launched labour reforms in 2011 after the Arab Spring uprisings to head off political unrest by reducing unemployment. They also want to lower the cost to the economy of Saudis’ dependence on comfortable but expensive state jobs.

The reforms so far have slowed the economy and slashed profits at some firms, interfering with other policy goals such as diversifying the economy beyond oil. They boosted the number of Saudis in the private sector, but many workers have not been effective or only stayed in their jobs for a few weeks.

So the government is now adjusting its strategy in an effort to improve the system for both companies and employees.

“Our intention is not to harm business – our intention is to get Saudis hired and reform the market,” Ahmed al-Humaidan, deputy minister for labour policies, told Reuters. “If this involves costs, we are willing to share them.”

Reforms in the past three years have focused on pressing firms to employ more Saudis, by making it harder and more costly to hire foreign staff.

Alongside a population of about 20 million Saudi citizens, roughly 10 million foreigners from south Asia and elsewhere work in sectors such as construction, transport and services, receiving salaries that most Saudis would consider too low.

That arrangement is fine when oil prices are high and the government is flush with money to create state jobs for its citizens. But the uprisings elsewhere in the Arab world underlined how vulnerable the country would become if a sustained drop in oil prices left it unable to employ Saudis.

The draft law on working hours aims to make private companies more attractive by limiting the working week to 40 hours, down from 48 in many firms, and increasing the weekend to two days from one. State workers have a 35-hour work week plus generous pensions and health benefits.

Any reform effort in Saudi Arabia involves overcoming a sluggish, conservative state bureaucracy. So the government’s determination to proceed with labour reform has been striking – a sign that it views the issue as one of long-term survival.

Since 2011 the reforms have been led by Labour Minister Adel Fakieh, a former chairman of private Saudi food maker Savola Co who has a reputation for finding his way around bureaucratic obstacles.

But prominent Saudi economist Abdulwahab Abu Dahesh said the latest measures marked a recognition among officials that the “electric shock” approach of the initial labour reforms, although effective, needed to be softened.

“The shocks were too strong for the private sector to cope with,” he said.

The number of Saudis working in the private sector jumped to 1.5 million people by the end of last year from 681,481 in 2009, according to the latest available data in the ministry’s annual report for 2013, published in late July.

That brought the “Saudisation rate” – the proportion of all private sector jobs held by Saudis – up to 15.2 percent from 9.9 percent over the same period.

But Fawwaz Al-Khodari, chief executive of major construction firm Abdullah A. M. Al-Khodari Sons, said all contractors were having “a serious battle trying to get those that they hire to actually do anything”.

He said many Saudis were not willing to work in projects such as city cleaning or at remote sites, making hiring a large number of Saudis in non-administrative jobs a major challenge.

“By forcing the contracting sector to hire nationals that are neither available in the numbers needed, nor with interest in the sector, we are encouraging unproductive dependency,” Khodari said in an April interview with Reuters.

The policy adjustments come as the country prepares to open its stock market to direct investment by foreign institutions. Companies depending on large supplies of foreign labour have been hit hard by the reforms. Second-quarter net profit at Khodari Sons tumbled 69 percent from a year ago.

Abu Dahesh and other economists said some businessmen hired acquaintances purely to meet Saudisation quotas, or paid 1,500 to 2,000 riyals ($400 to $535) a month to university students or stay-home graduates in exchange for their names on a company’s employee records.

The costs of the reforms are slowing the economy moderately; annual gross domestic product growth eased to an annual rate of 4.7 percent in the first quarter of 2014 from 5.0 percent in the previous quarter. Non-oil private sector growth slowed to 4.4 percent, the lowest pace in at least a decade.

Through its Human Resources Development Fund (HRDF), the government is spending billions of riyals on subsidising Saudi workers’ salaries, paying up to 50 percent of increased payroll costs due to firms hiring more Saudis or raising their wages.

Additional amounts are spent on sharing the cost of companies’ training programmes and paying monthly unemployment benefits to job seekers.

In its annual report, the Labour Ministry said it was asking the government to spend 14.9 billion riyals annually on labour market reform.

The ministry is also adjusting some rules to make them easier for companies to obey, or interpreting them somewhat more benignly. For example, it previously calculated whether a firm was meeting its quota for employing Saudis by looking at data for a 13-week period; from January, it will expand that period to 26 weeks, giving companies more flexibility in complying.

Another new initiative, which is to be launched in the next few weeks, will see the HRDF contact young Saudis while they are still at school to identify career paths and give them online vocational training.

Asim Khwaja, professor and researcher at Harvard Kennedy School in the United States, who worked on the Saudi labour reforms, said that after initially focusing on enforcing Saudisation quotas, authorities were now taking action to get companies on their side.

“You have created big pressure on them, so you have to help them now,” he said.

The government and many private economists think the labour reforms will boost economic growth in the long term, by ensuring more money stays within the country and is spent on consumption rather than being remitted abroad by foreign workers.

For now – at least into next year – the labour reforms look set to continue slowing growth and dampening corporate profits. But that is a price which the government is willing to pay.

Muaiqil said of state spending on the reforms: “Whether it is 15 or 50 billion, the only thing I can assure you is that the government…is determined to fix those issues, because they will shape our future.”