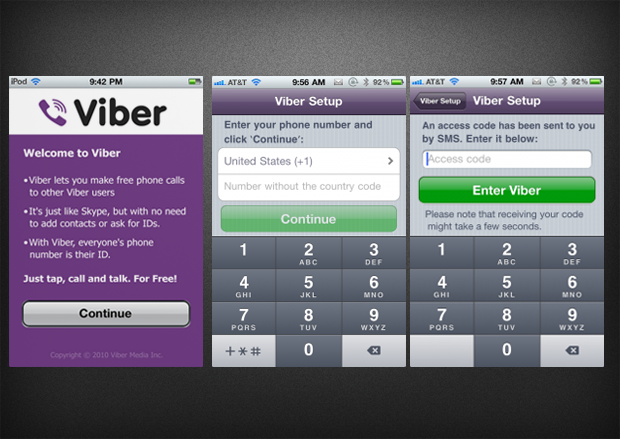 Saudi Arabia’s telecom regulator has banned use of the web-based communication application Viber, which is hard for the state to monitor and deprives licensed telecom companies of revenue from international calls and texts.

“The Viber application has been suspended … and the (regulator) affirms it will take appropriate action against any other applications or services if they fail to comply with regulatory requirements and rules in force in the Kingdom,” the Communications and Information Technology Commission (CITC) said in a statement on its website.

Viber allows subscribers to make free calls, send instant messages and share files over the internet. CITC did not explain what regulatory requirements and rules it breached, but the Kingdom appears to be pushing for greater control over cyberspace as Internet and smart phone usage soars.

Attempts to use Viber on two different smartphones and to download it onto a computer in Saudi Arabia failed to work on Wednesday. A message on the Viber website explained the service had been banned in Saudi Arabia.

The regulator issued a vaguely worded directive in March warning that such tools as Viber, Whatsapp and Skype broke local laws, without specifying how.

Local media reported at the time that Saudi Arabia’s three main operators Saudi Telecom Co, Etihad Etisalat (Mobily) and Zain Saudi had been asked to tell CITC if they were able to monitor or block such applications.

CITC did not respond to requests for comment on Wednesday or when the earlier announcement was made in March.

Earlier this year, the Interior Ministry’s spokesman complained that Islamist militants were taking advantage of social media to foment unrest. However, in a separate interview with Reuters he argued against imposing stricter controls.

Mobile penetration was 188 per cent by the end of 2012, CITC data shows. Saudi now has 15.8 million internet subscribers and the average user watches three times as many online videos per day as counterparts in the United States, according to YouTube.

Conventional international calls and texts are a lucrative earner for telecom operators in Saudi Arabia, which hosts around nine million expatriates. These foreign workers are increasingly using internet-based applications such as Viber to communicate with relatives in other countries, analysts say.