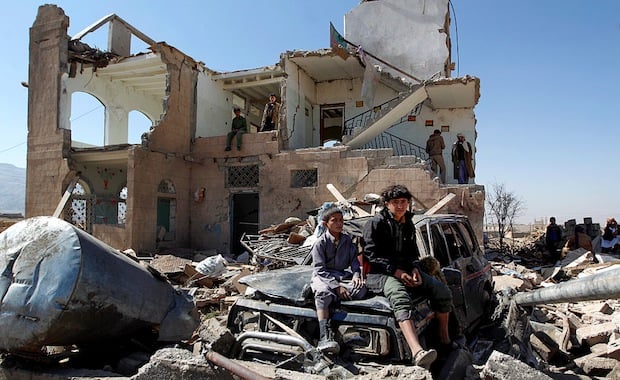 Saudi Arabia has allocated $10bn for the reconstruction of Yemeni provinces retaken from Houthi rebels, President Abed Rabbo Mansour Hadi has been quoted as saying.

In comments carried by Alarabiya, he said the kingdom allocated the funds including $2bn at Yemen’s central bank to support the Yemeni riyal and $8bn for reconstruction in areas destroyed by the Houthi rebels.

Speaking from the temporary capital of Aden, Hadi also called for government efforts to focus to focus on power, water, roads, health and education infrastructure in retaken areas.

Yemen is currently split in two, with the Saudi coalition backing Hadi having taken back five southern provinces.

The opposing Houthi rebels and forces loyal to former president Ali Abdullah Saleh control much of the north of the country and the capital Sanaa.

Separately reports yesterday said a ballistic missile fired by the Houthis killed the deputy chief of staff of Hadi’s military.

Brigadier general Ahmed Seif Al-Yafie’s vehicle was struck in the Red Sea port of Al-Mokha, according to the Saba news agency.

A further six officers were killed and 25 wounded by the blast, according to reports.