Saudi Arabia launched a series of technology initiatives worth over $1.2bn aimed at improving the digital skills of 100,000 Saudi youngsters by 2030.

The announcement was made at an event called Launch held on Wednesday, August 25, hosted by the Saudi Federation for Cybersecurity, Programming and Drones (SAFCSP), as well as the Ministry of Communications and Information Technology (MCIT), the Saudi Data and Artificial Intelligence Authority (SDAIA), and the Saudi Federation for Data and Artificial Intelligence Authority (SDAIA).

During the event, several multinational corporations including Amazon, IBM, Cisco, Oracle, Informa, and Microsoft, announced their partnership with the kingdom to create digital capability centres and innovation hubs for tech startups.

In addition, MCIT established the National Technology Development Programme with a budget of SAR2.5bn, with the goal of making the kingdom the world’s leading technology country. The programme launched its early products, Financial Security, to strengthen trust between tech companies and financial entities, as well as the SME loan guarantee programme, Kafalah, which aims to provide up to 90 per cent insurance of the financing value and with a volume of SAR15m, so that technology SMEs can have a financial fund to cover their expansion plans and implement them.

Meanwhile, the Saudi Chinese eWTP Arabia Capital fund with $400m capital, seeks to support technology startups in the kingdom, was also unveiled at the Launch event. This investment came along after Alibaba Cloud chose Riyadh as its regional center for management and training, with investments amounting to $500m over five years in the region.

The event on Wednesday also saw the launch of the Tuwaiq 1000 Bootcamp, which ends in student employment and is supported by the MCIT’s future skills initiative. Projects in Saudi Arabia will be launched simultaneously in 13 regions around the country, with 40 training bootcamps focusing on four tracks: cybersecurity, programming, artificial intelligence, and the electronic games sector.

The launch ceremony also announced the introduction of the SATR platform for learning programming principles, which coincided with the launch of CoderHub, the first Arab portal specialising in programming challenges.

The event witnessed the partnership between Google and Tuwaiq Academy that is part of (SAFCSP), in upskilling programmes and the cooperation with OneMT, an electronic games company. Moreover, the event marked the start of registrations for the Apple Developer Academy, the first of its kind in MENA, which will in its  first phase focus on female developers and programmers.

The Drones Platform too was launched which is specialised in serving drones’ users inside the kingdom.

On Wednesday, MCIT, SAFCSP, and the General Entertainments Authority also launched two events – LEAP and @HACK – in collaboration with Informa.

LEAP will be held in Riyadh from February 1-3, 2022, and will feature over 500 international speakers, exhibit technologies from over 1,000 of the world’s tech companies and startups and is expected to attract at least 40,000 people. Some of the topics that will be addressed at LEAP include artificial intelligence, Industry 5.0, robotics, smart cities, IoT, among other fields.

Thought leaders from companies including Google, Huawei, Microsoft and The Coca-Cola Company will deliver conference sessions at LEAP tackling issues from poverty, disease and environmental disaster to inequality, access to education, productivity, mobility and smart living. Supported by Saudi Arabia’s MCIT and organised by Informa Tech, LEAP is set to be a strategic initiative that aims to transform the national economy and position the kingdom as a visionary tech hub.

@HACK meanwhile, backed by the American hacking event Black Hat, will take place as part of Riyadh Season and will feature the most advanced ethical hacking training sessions to help the country defend against the threat of hostile cyberattacks.

@Hack will also include the region’s largest hacking tournament. Over 250 cybersecurity vendors will be present at the event including Fortinet, Malwarebytes, STC, SPIRE, Honeywell, Qualys, SentinelOne, Synack, and RSA. 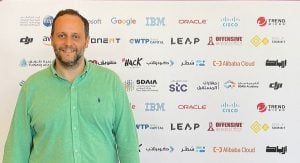 The event is being organised in support of Saudi Arabia’s Vision 2030 and SAFCSP’s aim to make one out of every 100 Saudi nationals a programmer. @Hack is the official Middle East facilitator and distributor for offensive security, and its security instructors will be among the 50 Black Hat authorised trainers running a training series in the run-up to the event, which will take place from November 23-27.

The series will also establish a hacking school in the Middle East, offering sophisticated lessons for all levels of hackers. NotSoSecure, Orange Cyberdefense, and We45 are among the other sponsors.

Michael Champion, regional EVP, Informa Markets said, “We launched LEAP and @HACK in Saudi because the kingdom is the current and future epicentre of tech activity in the region. As today’s Launch event shows, there are massive announcements being made from Riyadh, including from giants of the tech industry. We couldn’t be more excited to play a small part in this epic digital transformation of the country. LEAP will be the largest tech event ever launched – globally, and @Hack will be the largest developer and hacker led event in the region.” 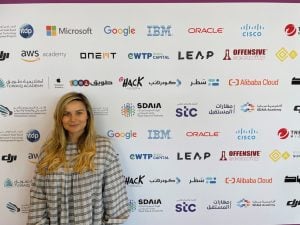 Annabelle Mander, portfolio director, Informa Markets commented – “The global tech community has been waiting for mega event initiatives like @Hack and LEAP for years. Saudi is the largest adopter of tech in the region by a significant margin, that is why these events are already benefitting from the inclusion of major tech players like Microsoft, Cisco, STC, Google and hundreds more.”