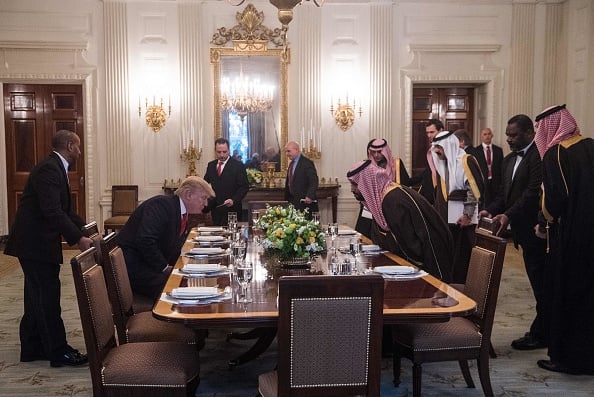 Saudi Arabia is expected to announce at least 10 energy deals and up to $40bn in investment in US infrastructure during US President Donald Trump’s visit to the kingdom, according to reports.

The deals are said to form part of Aramco’s strategy to source 70 per cent of its oil and gas equipment and services from within the local market by 2021, meaning the companies involved would be required to setup local manufacturing facilities and train the Saudi workforce.

A New York Stock Exchange delegation is also expected to seek to lure Aramco’s 2018 listing on the occasion.

During Trump’s visit, his first foreign trip since becoming president, the Saudi sovereign wealth fund may announce as much as $40bn in investment in US infrastructure, Bloomberg reported.

Should the investment be confirmed, it would follow the announcement of a $200bn joint programme during Saudi Deputy Crown Prince Mohammed bin Salman’s visit to the White House in March.