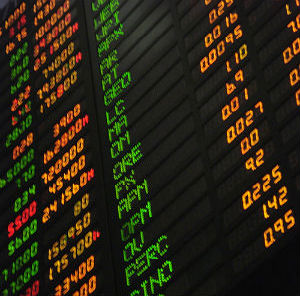 Saudi Arabia led the country standings in 2012, raising $1.4 billion through seven IPOs, followed by the UAE with $277 million and Oman with $264.4 million. Morocco and Tunisia were the only other MENA countries with IPO activity in 2012, said the report.

In terms of industries, five IPOs were in the materials sector, three each came from the financial and consumer products sectors, two were issued in the healthcare sector and one IPO was in the packaged foods sector.

“It’s been an eventful year for the region, with mixed implications for the capital markets,” said Phil Gandier, MENA head of Transaction Advisory Services, E&Y.

“Drawing comparisons over the last two years we have noticed a steady climb in the amount of funds being raised by IPOs possibly hinting that markets are inching towards better results.

“The outlook for 2013 will be to a great extent influenced by investor sentiments, against the backdrop of regional developments. We are confident that Saudi Arabia and the UAE will continue to be the regional hubs of IPO activity for investors in 2013.”

Globally, the report found that despite poor IPO performance in 2012, the outlook for 2013 remains positive.

Maria Pinelli, E&Y’s global vice chair, Strategic Growth Markets commented: “Looking ahead to 2013, we expect a better outlook, with a strengthening US economy leading the recovery, followed in the latter half of the year by Europe and Asia.

“Reduced stock market volatility, assertive action from central banks and brighter economic prospects suggest 2013 could be the right time for companies currently in the pipeline to list,” she said.