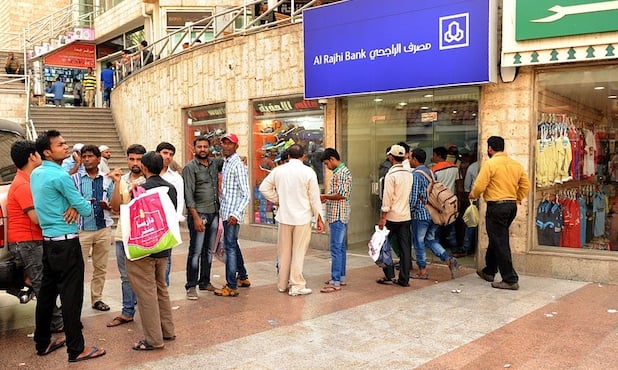 More than 3,655 Indian workers have applied for emergency certificates allowing them to leave Saudi Arabia since the start of the kingdom’s amnesty/

The 90-day amnesty, which began last Wednesday, is expected to see thousands of visa violators and illegal workers leave the country.

Saudi Gazette cited Indian Ambassador Ahmed Javed for the figures. He stressed the need for more awareness about the amnesty in the Indian community.

The Indian Embassy has setup 21 additional centres in different parts of the kingdom to allow workers to apply for emergency certificates.

The official told the publication that 67 per cent of those visiting the embassy have been classed as runaways, which complicates exiting the country.

The current system in place requires illegal workers must go on the Ministry of Interior’s website and book an appointment in the passport section using their residence ID and date of birth.

One reported issue is that appointments are based on having a valid residency permit and access to a registered mobile number to receive instructions, but those without valid documentation are unable to maintain SIM cards to allow them to receive the text message.

Saudi Gazette reported there was confusion among those seeking to utilise the amnesty without valid permits as they were being directed back and forth between The Directorate General of Passports and the Labour Ministry to update their details.

Among the most affected are construction workers, thousands of which lost their jobs or saw their residence permits expire last year following financial troubles at Saudi Oger and Saudi Binladin.

Authorities are planning to hold sponsors accountable for allowing visas to expire, according to the publication.

Javed said the third day of the amnesty saw 1,800 Indians visit the embacssy in Riyadh.