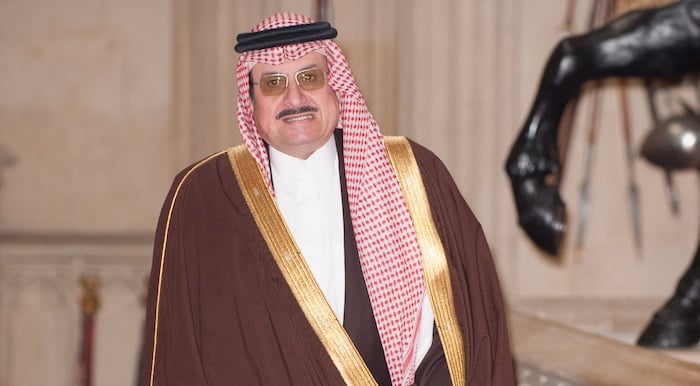 Saudi Arabia is an absolute monarchy which has faced strong criticism from human rights groups and some western governments for its restrictive laws on political and religious expression and the status of Saudi women.

The comments by Prince Mohammed Bin Nawaf Bin Abdulaziz come after London cancelled a prison contract with Riyadh in what was widely seen as a reaction to a death penalty case and another involving an elderly Briton who faces 350 lashes.

“Over the past few weeks, there has been an alarming change in the way Saudi Arabia is discussed in Britain,” the ambassador wrote in an article published on Monday by the Daily Telegraph newspaper.

“It should be worrying to all those who do not want to see potentially serious repercussions that could damage the mutually beneficial strategic partnership that our countries have so long enjoyed,” he wrote.

Prince Mohammed said his country was one of Britain’s closest military allies in the Middle East and an invaluable source of intelligence on the activities of terrorist groups.

He also said that commercial contracts between the two countries provided over 50,000 British families with livelihoods.

He singled out comments by Jeremy Corbyn, leader of Britain’s opposition Labour Party and an outspoken critic of Saudi Arabia’s human rights record, as an example of “mutual respect being breached”.

Corbyn used his speech at Labour’s annual conference in September to criticise Riyadh over the case of Ali al-Nimr, who has been sentenced to death by crucifixion and beheading after taking part in anti-government protests when he was 17.

Corbyn called on Prime Minister David Cameron to put pressure on the Saudi authorities to spare Nimr, and also to cancel the prison consultancy contract worth 5.9 million pounds.

On Oct. 4, Cameron publicly urged Saudi Arabia not to go ahead with the execution of Nimr.

The prison contract was then cancelled on Oct. 13, the same day that Cameron’s spokeswoman said he would intervene in the case of Karl Andree, a 74-year-old British man facing 350 lashes in Saudi Arabia after being caught with home-made wine.

The British government said the cancellation of the contract was unrelated to Andree’s case, but the timing led to a widespread perception that concerns over the judicial system in Saudi Arabia had played a part.

Dismissing that as speculation, Prince Mohammed offered no comment on the cases of Nimr or Andree, alluding only to “domestic events in the Kingdom”.

“If the extensive trade links between the two countries are going to be subordinate to certain political ideologies, then this vital commercial exchange is going to be at risk,” he wrote.

“We want this relationship to continue but we will not be lectured to by anyone.”

A spokeswoman for Prime Minister Cameron said she had not discussed the article with him but said British officials and ministers would continue to raise issues with the Saudi authorities where there were concerns.

A Labour Party spokesman declined to comment specifically on the ambassador’s article but pointed to Corbyn’s conference speech for his views on Saudi issues.