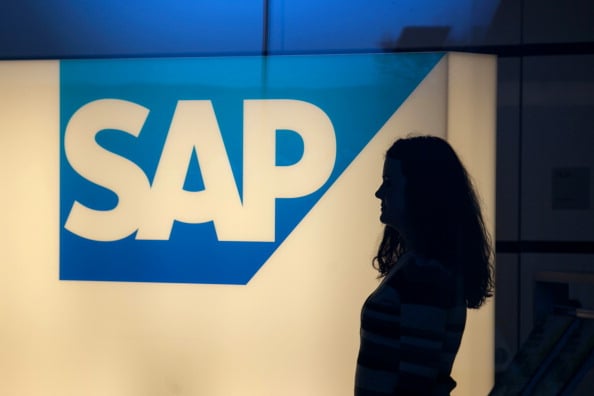 European software company SAP could create thousands of consultant jobs in the Gulf region amid a wider expansion of its cloud offering, according to a top executive.

Last month, the company opened a new data centre in Dubai as part of a $200m UAE investment plan announced in 2017.

Speaking to Gulf Business, the president of SAP’s cloud business group and executive board member, Robert Enslin, said it had seen cloud investment by businesses in the GCC rise over the last two years despite a downturn linked to the lower oil price.

“We’ve seen significant growth in this region, we have not seen a downturn,” he said. “I know coming into the region people have said there are some challenges right now.”

Middle East and North Africa IT spending is projected to rise 3.4 per cent this year to reach $155bn, according to Gartner.

The software segment is projected to lead the market with 12.7 per cent growth in spending projected to $6.1bn.

Enslin said the firm sees particular opportunities as firms hit by tougher market conditions “move outside of their comfort areas” with investments into customer experience, fulfilment and other areas.

The company is also working on number of blockchain projects in the UAE, including a database for paperwork-free tenant leasing contracts with Wasl Asset Management, and sees opportunities in Internet of Things, artificial intelligence and machine learning.

“At the same time we’re extending our sales organisation around these solution sets,” said Enslin.

“The calculations we’ve done with [our] C/4Hana customer experience solution, globally there are probably 100,000 consultants needed to service our customers. So you could see a portion of that demand starting to happen in this region as well – out of 100,000 could it be 1,000, 2,000? Absolutely.”

SAP itself has doubled its regional workforce to more than 1,000 employees over the last five years.

The firm’s regional plans, which include another data centre opened in Saudi Arabia in April, coincide with similar moves from rival firms including Oracle.

The US firm said last year it would recruit 1,000 new sales representatives across Europe, the Middle East and Africa to support the growth of its cloud computing business.

Microsoft also announced in March that it would open its first Middle East data centres in Abu Dhabi and Dubai.