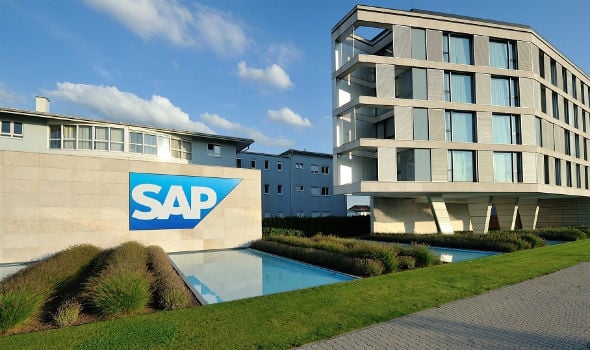 “SAP is clearly leading the transition to cloud and in-memory. SAP HANA is the market’s most advanced in-memory database,” said Bill McDermott and Jim Hagemann Snabe, Co-CEOs of SAP.

“We now are the second largest enterprise cloud company with an annual cloud revenue run rate exceeding €1 billion ($1.36 billion). We continue to gain market share and grow significantly faster than our primary competitor in all regions.”

With approximately 33 million cloud users, SAP has the largest subscriber base in the cloud market.

“SAP is in the eye of the storm when it comes to conversions of several breakthroughs in technology that are happening right now,” said Sam Al Kharraf, managing director, SAP MENA.

Al Kharraf said that cloud computing has been a topic of discussion for the last few years but SAP has also made strong headway in memory computing.

“We have been leading the market in in-memory computing for last three years and had taken a pretty courageous step forward three years ago when we thought in memory was the way to go forward while all other vendors did not think so.

“Now there has been clear market evaluation and we are very much ahead of the others while they are trying to catch up,” he said.

Al Kharraf said that SAP has around four million customers around the world, of which the majority are small and medium sized enterprises.

However, the software firm’s regional head also said that there are a handful of challenges they have to face in the market.

“There are not enough SAP skills at the market. I think we were able to fill in the skills gap during last two years but it has been widening in certain countries based on the demand. So we are in a journey of creating talent and capacity in the market.” Al Kharraf said.

“Another challenge is market’s ability to consume innovation and speed it needs. It is probably because of the skills shortage but there is also a factor of maturity that is of concern.”

Last year, the software firm announced an investment plan of Dhs1.65 billion ($450 million) for the MENA region over the next four years to increase skill talent and growth. SAP has also opened a number of offices in the region, as part of its increased investment.

10 Tips To Boost Your Memory At Work
Read More

IBM To Expand In The ME