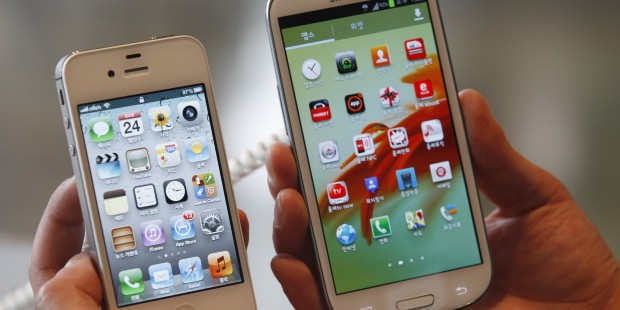 The $1.05 billion verdict issued against Samsung by a US court in its legal dispute with Apple might be reversed, after details emerged that the jury foreman had personal differences with a Samsung-owned company nearly 20 years ago.

Apple and Samsung have a hearing before US District Court Judge Lucy Koh on Thursday, where Samsung plans to convince the judge that the jury foreman’s clash with Seagate influenced the August verdict.

The foreman had worked for technology firm Seagate, in which Samsung owns a small stake, and declared bankruptcy after a legal battle with the company.

Samsung says the verdict by the jury was ‘tainted by misconduct.’

The Korean company has also asked Apple’s lawyers to disclose whether they were privy to this information about the foreman’s past and chose not to reveal it in court.

Apple attorney Mark Selwyn claimed in a filing last week that the legal team was unaware of the incident.

The “lawsuit with Seagate nearly two decades ago is irrelevant to any issue raised by Samsung’s post-trial motions,” Selwyn said.

The hearing on Thursday will also see Apple calling for the ban of eight Samsung smartphone models in the US, which contained Apple’s patented technology.

In August, the California jury had ruled that the Korean manufacturer had infringed on six of Apple’s patents, and awarded $1.049 billion in damages to the iPhone and iPad maker.

The verdict came after less than three days of jury deliberations; the award is considered one of the largest intellectual property amounts ever given.

Samsung had said at the time that the decision would limit options for consumers.

“Today’s verdict should not be viewed as a win for Apple, but as a loss for the American consumer,” the company said in a statement following the verdict.

“It will lead to fewer choices, less innovation, and potentially higher prices.”