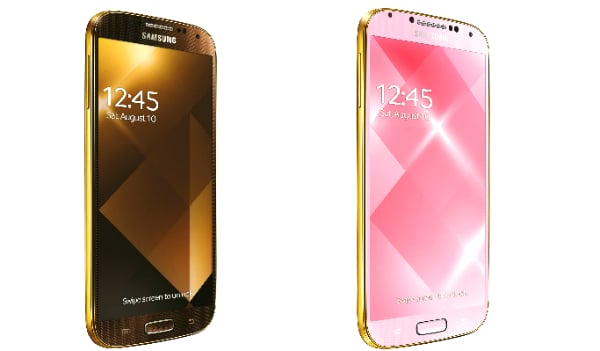 Samsung has launched two new gold editions of the Galaxy S4 in the Gulf region.

Priced at Dhs2,499, the ‘Twilight Pink with Gold’ and ‘Autumn Brown with Gold’ phones include a gold trim and a gold reflective casing – which also doubles as a mirror.

Designed especially for the GCC, the phones include all the features of the original Galaxy S4, including a 13 MP rear camera, face, voice and motion detectors and functions such as Group Play, Dual Camera and Sound & Shot.

The new golden phones are “super slim and lightweight”, weighing 130g and measuring 7.9mm. Similar to the original S4, they come with a five-inch display HD display, Samsung said in a statement.

The limited edition gold S4 is available across all major retail stores in the UAE.

Gold editions of flagship smartphones have become a popular practice in the GCC, with BlackBerry also recently unveiling a special edition gold and white BlackBerry Q10 for customers in the UAE.

The smartphone, launched in August, was priced at Dhs3,799.