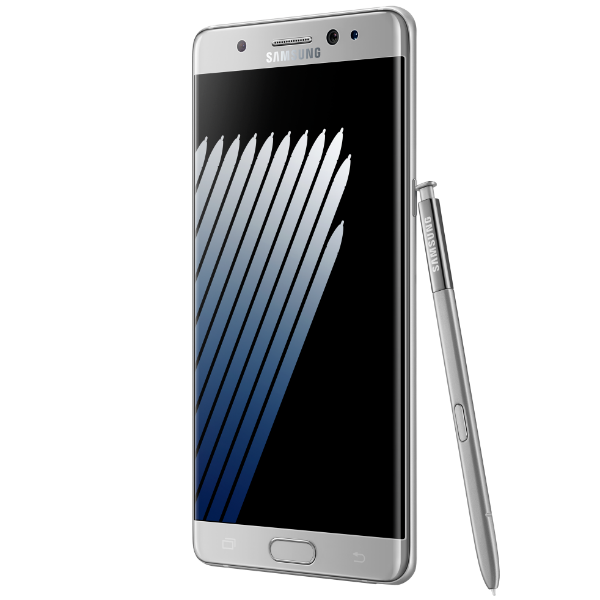 Samsung has officially launched its latest smartphone the Galaxy Note7 in the Gulf region, following a ceremony in Dubai last night.

The device will aim to draw attention away from Apple’s latest iPhone ahead of its unveiling next month.

It comes with several new features including an iris scanner for biometric authentication to unlock the screen, IP68 water resistance, a curved quad HD display and the return of an SD card slot for expandable storage.

Users can also expect the usual upgrades to processing and graphical power, a slightly larger battery and the transition to a USB Type-C charging port, although the firm says it has included an adapter so existing chargers will not be obsolete.

Perhaps the biggest change though has seen Samsung skip from the Note5 to Note7, bringing the line to the same number as its flagship Galaxy devices. The two lines also now share several similarities in terms of components and appearance and there has not been a particularly noticeable jump in specifications over the Galaxy S7 devices.

As with the launch of the Galaxy S7 line earlier this year, Samsung has sought to differentiate the device on a Gulf regional level by partnering with local buy one get one free firm The Entertainer to offer 1,370 deals to purchasers via a special app.

A further partnership with Holiday Factory will also offer regional purchasers a single buy one get one free deal on a holiday package.

The Note is credited with the transition to larger screen devices, known as phablets, seen in smartphones today.

The most recent iteration sticks to this premise with a large 5.7-inch screen and the signature s-pen allowing users to perform productivity tasks more efficiently.

It is being marketed as a device than can be used for both business and leisure, with Samsung drawing particular attention to the included Knox bio authentication system, which is used by US agencies the CIA and FBI, according to Samsung Gulf Electronics head of IT and mobile division Tarek Sabbagh.

He said the Note7 aims to continue the momentum started by the Samsung Galaxy S7 line earlier this year.

“Since the beginning of this year we’re seeing a constant growth in market share, S7 was a step change and after that till now the market share keeps on improving,” he said.

“For the first half we are at 43 per cent market share in position number one, and 2 per cent higher from this same period last year,” he added citing figures from GFK, although refusing to disclose exact sales numbers.

The device will go on sale in the UAE from August 19 in four colours with a recommended sales price of Dhs 2,999 and an included 128GB micro SD card.