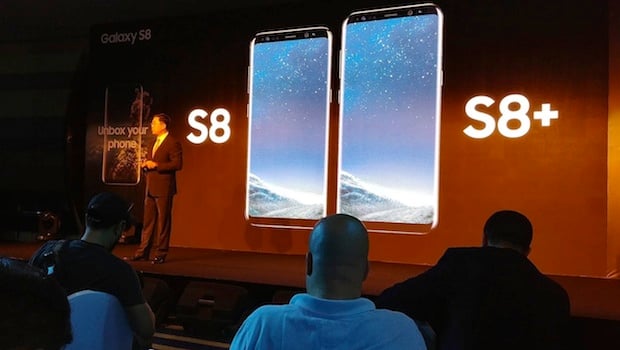 Samsung officially launched its flagship Galaxy S8 and S8+ smartphones in the Gulf at a ceremony in Dubai on Tuesday.

Launching the phones, Ismail Yoon, president of Samsung Gulf Electronics acknowledged that the company had a tough 12 months. The Korean electronics manufacturer suffered major damage over its faulty Galaxy Note 7 handset and the global recall of the device that went into effect in October.

“As you may know, it has been a challenging year for Samsung, a year full of valuable lessons, hard decisions and new beginnings,” he said.

But he added: “Today, we are shifting the way you experience the world. We are proud to bring you a new era in smartphone design.” 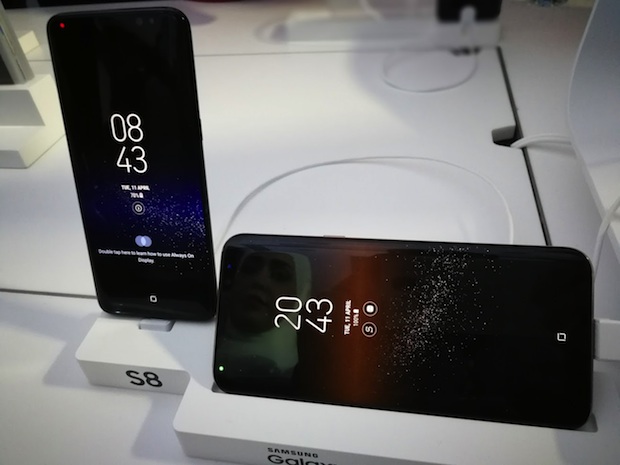 Samsung’s emphasis on design is visible in the Galaxy S8. The 5.8-inch smartphone has been engineered to have an almost bezel-less display that the company is calling an ‘Infinity Display’.

The ‘home’ button has been removed from the front of the the device and is now placed under the screen to give users an all-glass front panel. The fingerprint sensor has also been moved to the rear of the phone, next to the camera.

The Galaxy S8+ has a larger 6.2-inch display and a 3500mAh battery compared to a 3000mAh battery in the standard S8, otherwise the two devices remain the same.

Powering both phones is Samsung’s new 10-nanometer Exynos 8895 octa-core processor, which the company says is considerably faster than the one used in the Galaxy S7, and 4GB of RAM.

While the phone continues to use the same single 12MP camera setup from last year, a new multi-frame processor has been incorporated to assist with image processing. This is an interesting move considering competitors such as Apple and Huawei have shifted their focus towards dual-lens camera setups and are seeing commercial success in this area.

Other features include security options such as facial and iris recognition, an intelligent assistant named Bixby meant to rival Google Assistant and Apple’s Siri, as well as Samsung Dex, a docking station that allows the Galaxy S8 to be used as a desktop PC.

Samsung Pay, the company’s mobile payment service, was also confirmed to be rolling out across the UAE with a specific announcement planned for later this month. Customers purchasing the device will also receive a 30 per cent discount on economy and business class air tickets through a partnership with Etihad Airways.