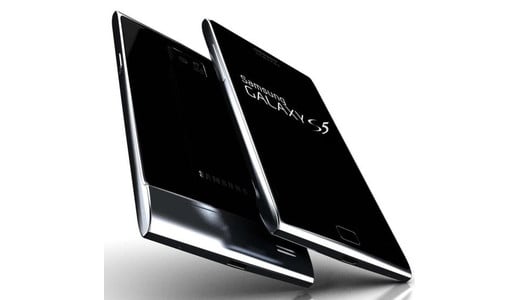 Rumours about Samsung’s next-generation smartphone, the Galaxy S5, have begun doing the rounds following Korean media reports that the new device will be launched during the Mobile World Congress (MWC) in Barcelona this February.

Samsung’s vice president of design strategy, Dong-hoon Chang reportedly hinted to reporters in Seoul that the device would be unveiled at MWC 2014. Specifically, when asked about an MWC launch, he said “about right,” reported Korean site iNews24.

While speculation has been ripe that the S5 will be the first Samsung phone to replace its plastic chassis with an all-metal one, Chang did not confirm or deny the rumours.

Some of the other rumoured features include a diamond-dusting for the back, a flexible 2k display and a 16-megapixel camera with optical image stabilisation. Reports also suggest that the device may come with a 64-bit processor, an iris scanner, Android 4.4 Kit Kat and a 3GB RAM.

Here’s one concept video on YouTube. (Story continues after video).

The South Korean manufacturer is also expected to debut several variants of the Galaxy S5 along with the first model.

Some reports also suggest that the Galaxy S5 will be accompanied by Samsung’s new Galaxy F range of smartphones – a premium product targeting the higher end of the market.

Korean manufacturer Samsung has been doing exceedingly well in recent years, and had the highest smartphone marketshare globally at 32.1 per cent as of the third quarter of 2013, according to Gartner.