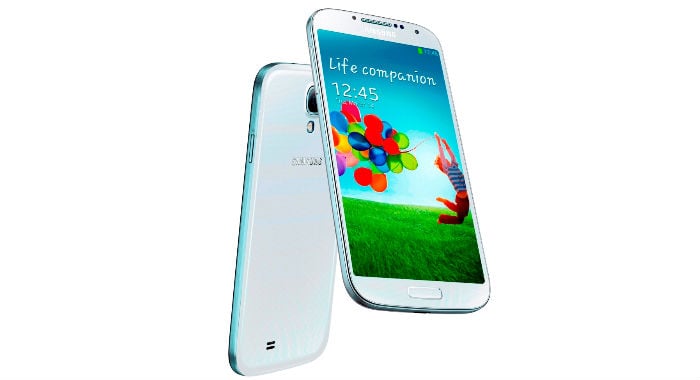 Korean phone manufacturer Samsung has formally announced the launch of its new smartphone, the Samsung Galaxy S4 (3G) in the UAE.

The new device, priced at Dhs2,599 will be available in all the major retail outlets across the country from April 27, the company said in a statement.

The S4 comes with a larger screen – five inches, weighs 130g and is quite slim at 7.9mm. It has a 13 MP rear camera and includes features such as time lapse and ‘Sound & Shot’, which stores sound and voice together as the picture is taken.

Its ‘Group Play’ function allows users to connect directly with others to share, play and co-create content and entertainment without requiring Wi-Fi or cellular signal.

The device also comes equipped with face, voice and motion detectors: ‘Smart Pause’ pauses videos when you look away; ‘Smart Scroll’ allows you to scroll the browser without touching the screen and ‘Air View’ enables users to preview content without having to open any folder.

The S4 will also work as an IR remote to control your TV, set-top box, DVD player and AC with its ‘WatchON’ feature.

The S4’s predecessor, the Galaxy S3, released in May last year, performed extremely well in the market, hitting a record 40 million sales mark in January.

Apple CEO Tim Cook announced earlier this week that the tech giant would release new products later this year and throughout 2014.

Also read: Battle Of The Smartphones