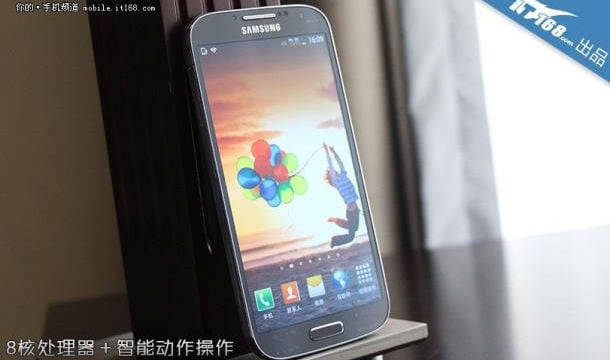 Samsung is all set to launch the much-anticipated Galaxy S4, the latest handset in its popular smartphone range, later today. Rumours and leaked photos of the new device have been floating around the internet for months now, with techies speculating about the size, shape and features of the S4.

The new phone reportedly features a unique eye-scrolling software that will track where users are looking and scroll the text automatically. The S4 is also rumoured to be powered by a new processor, feature the latest version of Andriod’s Jelly Bean OS, and include a 13 MP rear camera with 1080p video capability.
It is also expected to include a 4.99 inch screen, measure 7.7 mm thick and weigh 138 grams.

The phone’s predecessor, the Galaxy S3, released in May last year, performed extremely well in the market, hitting a record 40 million sales mark in January.

However, a positive response to the new phone is crucial for Samsung, which is wrestling with Apple’s iPhone to gain the majority marketshare in the smartphone category.

With BlackBerry’s launch of the new Z10, competition has grown even tougher, and experts say that brands have to battle it out for survival, especially in a market like the Middle East.

“Customer loyalties per se is on the wane across several industries,” explained Neelesh Bhatnagar, CEO of Emax Electronics.

“Youth being the key target is fickle minded and demonstrate little loyalty. The switch from a Nokia to a BlackBerry to an Apple to a Samsung in the past two years is a clear indication of that.

“There will be a stakeout and only strong brands who are agile and quick in innovation and execute will survive. The key for brands to beat their rivals is speed,” he added.