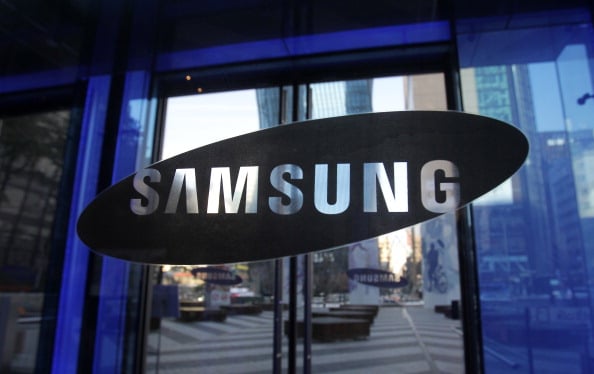 Samsung Electronics Co Ltd aims to restore its crumbling lead in the global smartphone industry in part by ramping up high-end devices with curved screens full of advanced technology that’s tough for rivals to replicate.

Yet as the South Korean giant seeks to make devices like the rigid-curve Galaxy Note Edge stand out from a crowd of flat, big-screen handsets, making money will depend on producing them cost-effectively and coaxing developers to tailor applications for the new format.

Samsung Electronics is headed for its worst annual profit in three years, under siege as Chinese firms like Xiaomi Technology Co and Lenovo Group Ltd reel in buyers with full-function touch-screen smartphones that are cheaper. Only Apple Inc has maintained full brand premium.

The collective industry move towards larger screens makes distinctive designs tougher to achieve, said Kim Nam-su, a senior Samsung Electronics designer and an architect of the Note Edge. “A change in the platform can bring about a variety of new considerations…I think a curved screen is a big solution for overcoming those challenges,” he said.

As Samsung Electronics moves towards what analysts say could be a nearly one-third drop in operating profit this year, it’s launching more mid-tier phones to counter cheaper rivals. But a high-tech edge for the premium market could also help it compete in an industry that international research firm CCS Insight sees growing to $331 billion by 2018 from $289 billion this year.

The Note Edge is not the first device to use a non-flat format. But the curved edge on the device is designed to be more than just a gimmick, offering shortcuts to apps, as well as customisation to display message notifications or stream headlines independent of the main screen.

On sale in South Korea since late October for close to $1,000, and also on sale in Japan, the Note Edge is soon to debut in the United States. It has been well reviewed in the technology press, a departure from recent knocks that Samsung Electronics goods didn’t stand out against the competition.

While the Note Edge’s rigid curve sets it apart, in the premium handset market its rivals include devices like Apple’s iPhone 6 Plus, LG Electronics Inc’s G3 and HTC Corp’s One M8 handsets.

Subsidiary Samsung Display Co and its rival LG Display Co Ltd are so far the only firms that can mass-produce the flexible displays needed to make curved smartphones, having invested more in developing the organic light-emitting diode technology used to manufacture them. Analysts say that investment lead will make it difficult for rivals to produce imitations quickly.

Samsung Electronics declined to give early sales figures or expected profit margins for the Note Edge, but the specialist screen technology required means the curved display is difficult to make and likely more expensive – something the firm needs to address. The Note Edge retails in South Korea for about $100 more than the company’s flat-screen counterpart, the Note 4.

In addition, technology for other parts like batteries, circuit boards and touch-screen layers need to advance further to keep pace with radical screen designs. In a vicious cycle, per-unit costs will remain comparatively high until and unless components reach mass production.

“For future devices where concept designs include tightly rollable devices with a very small radius of curvature, every major component will need to be redesigned to fit into a package form factor that can withstand a high degree of flexing,” said Strategy Analytics analyst Stuart Robinson.

Beyond hardware, the challenge for Samsung Electronics in making curved products must-have gadgets, rather than a gimmick, is to convince potential buyers that they can do things on a curved gadget more easily and effectively than on a flat screen.

To do that, it must foster the development of applications offering users something new that makes a virtue of the differentiated screen curvature – and convince developers to invest in what remains a niche product for now.

“Every time the mobile phone industry has seen disruption is when the input or interaction experience has changed,” said Counterpoint analyst Neil Shah. “Maybe now Samsung with bent, or flex displays could develop a new way of interaction with mobile devices, pushing an ecosystem around that.”