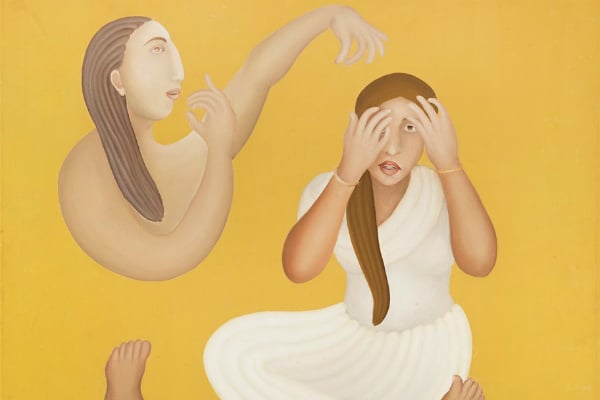 The sale of 200 works of art owned by troubled Dubai private equity firm Abraaj has raised GBP4.5m ($5.8m), according to reports.

The auction came as part of liquidation proceedings that began earlier this year to claw back money the company owes to investors.

The National reports the total was reached after two days of proceedings, held in London by auction house Bonhams.

“The Abraaj Collection was well known for its exceptional quality and I am not surprised that collectors took the opportunity to purchase works with such distinguished provenance,” Bonhams’ director of Middle Eastern, Islamic and South Asian art, Nima Sagharchi, was quoted as saying.

Abraaj’s collection, which was built in the early 2000s, included Arabian, Iranian and South Asian paintings and sculptures, according to the publication.

The highest price for a single piece was secured on Wednesday when an Indian buyer bought a painting by Indian artist Manjit Bawa for GBP447,000 ($576,365) .

Abraaj was a sponsor of the Art Dubai fair from 2008 to 2018 and its founder Arif Naqvi was known as a prominent collector.

The company, which managed $13.6bn at its peak, is reported to owe $1bn after collapsing earlier this year in the wake of a scandal involving a $1bn healthcare fund.

Investors including the Bill & Melinda Gates Foundation and International Finance Corp began questioning how the company was using their money late last year leading to an eventual loss of confidence that brought the firm under.

Earlier this month, Naqvi denied reports that $660m of investor money was moved into bank accounts linked to him.

Global private equity firms are bidding for different parts of Abraaj’s business under the liquidation process including its Middle East and Africa funds.