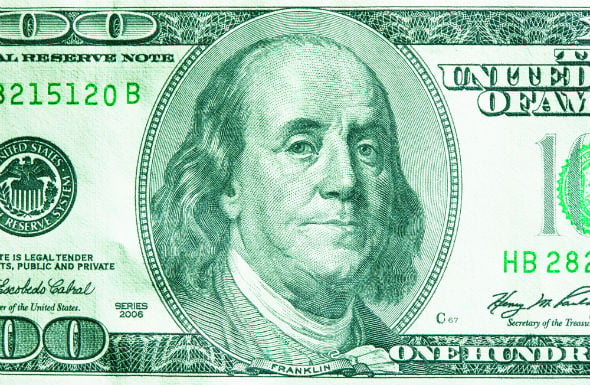 In March this year, the annual Gulf Business Salary Survey found that despite an uptick in rentals and a more buoyant economy, the region’s labour market was still in flux.

A miniscule rise in overall salary levels of three to four per cent – according to recruitment firm Nadia – was largely attributed to higher economic growth, buffered by an increase in oil prices and government spending.

At the time the survey said that the continuing fallout from the Arab Spring and less-than-celebratory macro growth was tempering a more optimistic lift. Since then however, both the UAE’s and Qatar’s financial markets have achieved emerging market status, after equity index provider MSCI raised them from frontier market classification.

The Gulf has maintained momentum with rapid levels of growth, across its financial and property sectors, with the UAE in particular seen as a safe haven from nearby political unrest.

As such, the Bayt.com Consumer Confidence Index, from September 2013, showed that almost a fifth – 19 per cent – of the region’s respondents believe that their financial situation has improved compared to six months ago.

The majority – 43 per cent – claimed that their financial situation had remained the same while 29 per cent claimed it had deteriorated. The survey also showed that 52 per cent of respondents believe their savings have decreased in comparison to last year.

Expectations for the future are high though, with 46 per cent of respondents anticipating their personal financial situation will improve over the next
six months.

On the contrary however, the survey showed that 71 per cent predict that the cost of living in their country of residence will increase in the coming months.

“The results of the 2013 Bayt.com MENA Salary Survey suggest that salaries are not keeping pace with the rising cost of living in the UAE,” says Suhail Masri, VP of Sales, Bayt.com.

“This is a general trend across the Middle East that companies must begin to address; in doing so, they will be able to contribute to building employee loyalty and satisfaction, and will have the opportunity to reduce the number of employees looking to change jobs within the next year.”

Respondents from Oman, Qatar and the UAE held the strongest predictions for a better economy in the future with Qatar considered the best country, at present, for business, with 53 per cent of respondents saying that conditions are ‘good’ or ‘very good’.

David Greenwood, director, Mackenzie Jones Middle East, believes salaries in the region have performed as expected since the March survey.

“The market is good, but with more emphasis on specialist roles…and particular country experience such as Saudi Arabia, Iraq and Libya,” he says.

“Qatar still has the highest demand for expats across mainly banks and healthcare in marketing, HR and sales, but it is still relatively slow in the process to hire.”

“The market has continued to grow and in 2013 and we have seen the greatest growth in Saudi and Qatar with the UAE growth focussing on local rather than international talent,” says Greenwood.

“The forecast for 2014 will be a greater need to source talent from outside the GCC, but there will also be a lot more movement from Saudi Arabia, Qatar and Abu Dhabi to Dubai as the market picks up.”

Greenwood also says he expects salaries to increase as more big projects, like Expo 2020, are confirmed and the pressure to hire new staff rises.
The region’s property market – in particular the UAE and Dubai’s – has shot up since the Salary Survey study earlier this year. Dubai’s rental market alone has risen around 35 per cent.

Greenwood says the property market versus salary and cost of living correlation has always been a heated debate across the region, and this year has been no different.

“Rents are increasing and salaries are not being reflected in this, however salary increments are happening more regularly – around five to eight per cent – and decent levels of bonuses,” he says.

“I also feel companies are retaining good employees and are more flexible in meeting the rental demands.”

However, the Bayt.com survey showed that 80 per cent of UAE residents say that rising rents have affected their cost of living, which is the highest in the region aside from Kuwait.

Despite this, Greenwood believes that, partly thanks to slow growth in other markets and on-going unrest in neighbouring countries, there is continued interest from professionals to live and work in Dubai and Abu Dhabi.

“With the job markets in Europe, the US and Asia Pacific challenging and economic outlook in these locations uncertain, the lure of the UAE remains strong,” he says.

“In addition to this, the subcontinent continually provides a large work force of well qualified professionals eager to settle in the UAE. These variables have led to packages in the UAE remaining fairly stable and as such they are not moving upwards directly in relation to the cost of living.

“The Arab Spring has added an influx of Arabic speakers eager to work which has contributed further to this, as the prevailing view of Dubai as a ‘safe-haven’ remains strong.”