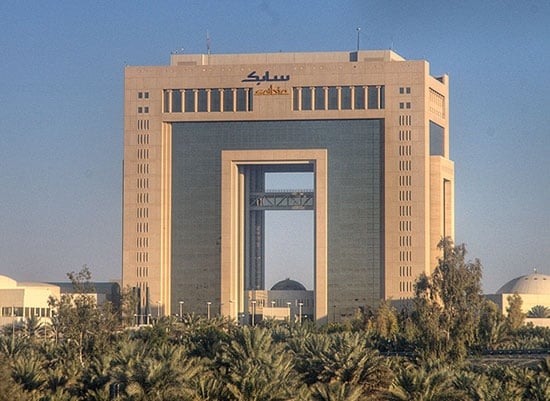 Higher sales helped Saudi Basic Industries Corp (SABIC) post a rise in third-quarter net profit on Sunday, in line with analyst forecasts, as the chief executive officer said the outlook for next year was improving.

“About the future outlook, I think 2014 will be similar to 2013 or slightly better,” Mohamed al-Mady told a news conference on Sunday after the company’s results were posted on the website of the Saudi bourse.

Mady said he expected petrochemicals demand in the U.S., China and Europe, SABIC’s main markets, to grow next year as the global economy improved.

The company’s sales in the third quarter rose nine per cent to 48.8 billion riyals ($13 billion) over the same period in 2012, with sales from the first nine months of this year unchanged from last year at 140 billion riyals.

Net profit for SABIC, one of the world’s biggest petrochemicals groups and the largest listed company in the Gulf, was 6.47 billion riyals in the three months to September 30, compared to 6.31 billion a year ago.

Nine analysts surveyed by Reuters had forecast SABIC would earn, on average, 6.4 billion riyals for the third quarter.

The company has reduced its total debts by around 15 billion riyals over the past nine months and plans to take on some of the debt now held by its subsidiaries, he and Mady said.

The financial performance of SABIC, which makes petrochemicals, metals and fertilisers, is closely tied to the world economy because its products are used extensively in construction, car manufacturing and other major consumer goods.

SABIC, which employs 40,000 people around the world, relies heavily on natural gas as a raw material for its chemical business, and is facing increased competition from the United States where a shale gas boom has made new supplies available.

SABIC shares dipped 2.4 per cent on Sunday on the profit statement. They have gained 17 per cent year-to-date.