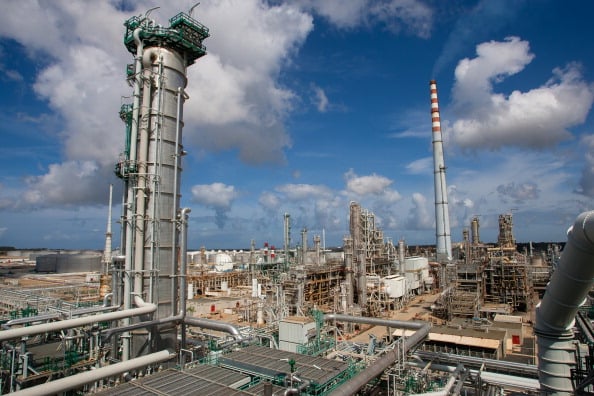 Saudi Basic Industries Corp (SABIC), one of the world’s largest petrochemicals groups, expects to make a decision in the second quarter of 2016 on whether to go ahead with a $30bn oil-to-chemicals plant project, its chief executive said.

Yousef Abdullah Al-Benyan, SABIC’s acting vice chairman and CEO, said the economics of the project, whose potential investment size he confirmed, were being assessed and there was a 50/50 chance it would proceed.

If it went ahead, he told Reuters in an interview in Seoul, the crude to supply the plant planned for Yanbu on the west coast of Saudi Arabia would be procured at market rates.

“It’s a very large project, and that’s why it requires more deep analysis and assessment,” he said. “This is the type of project that really you need to assess because current crude prices influence the outcome of the project.”

He added: “Probably second quarter of next year, we’ll have more clarity on where this project stands.”

Saudi petrochemicals companies faced by constraints in gas supplies are diversifying their feedstock mix, and use oil derivative products such as naphtha.

Saudi Aramco, the world’s biggest oil producer, has also been exploring the possibility of a similar project – turning oil to chemicals or olefins, used to make synthetic fibres.

Last year, SABIC said it expected the proposed oil-to-chemicals plant to start operations by the end of 2020.

Al-Benyan also said he expected a more positive outlook for the industry in Asia in 2016, with less price volatility than this year.

“The outlook for next year at least, we will not have more of the experience that we have experienced this year in terms of volatility,” he said, referring to Asia.

Al-Benyan said demand in the region was healthy: “You don’t see any slowdown in demand per se if you compare it to the price volatility. I think the issue is the price. This is what’s really depressed some of the earnings of the companies.”