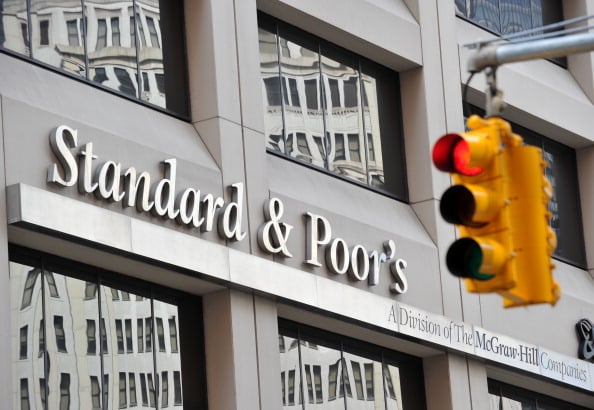 Standard & Poor’s cut the ratings and outlook of several oil producing countries in the Middle East, including Saudi Arabia and Bahrain, citing the recent sharp decline in oil prices.

The ratings agency slashed its forecast for average Brent oil price to $55 per barrel for 2015, from its earlier forecast of $105.

Crude oil prices have plunged since June, reacting to rising global output at a time of slowing demand, although they have recovered partially in the last few weeks.

Standard & Poor’s lowered its sovereign credit ratings on Bahrain as well as Kazakhstan and Oman, while lowering its outlook on Saudi Arabia.

Oil producers’ organization OPEC, which counts Saudi Arabia as one of its prominent members, decided late last year to maintain its output despite slowing demand.

OPEC sharply raised a forecast of demand for its oil in 2015, saying the drop in prices would affect production in the United States and other countries faster than earlier thought.

Supply from OPEC has averaged 30.37 million barrels per day (bpd) in January, up from a revised 30.24 million bpd in December, according to the survey based on shipping data and information from sources at oil companies, OPEC and consultants.

The ratings agency also said it did not expect Malaysia to be hurt by oil prices, affirming the country’s outlook, citing the fact that the Malaysian economy would be able to protect itself against a weakened energy market.