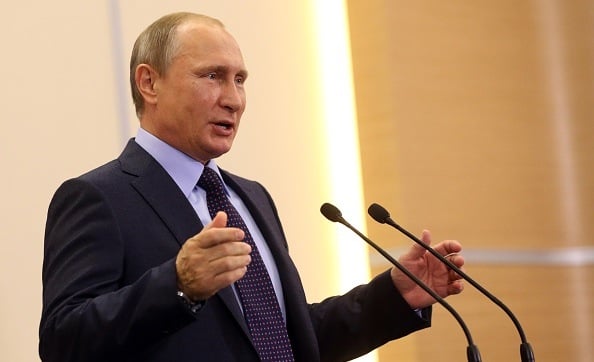 Speaking after the meeting between Putin and Sheikh Mohammed bin Salman, a son of the Saudi king, Russian Foreign Minister Sergei Lavrov said both countries were willing to cooperate in Syria and wanted to prevent the formation of a “terrorist caliphate”.

“On both sides, as far as I can tell, there is an understanding that today’s meeting can advance our cooperation,” Lavrov said.

Russia’s intervention in Syria has infuriated Assad’s regional foes, including Saudi Arabia, who say Russian air strikes have been hitting rebel groups opposed to Assad, and not just the Islamic State of Iraq and Levant fighters Moscow says it is targeting.

Lavrov acknowledged that Saudi Arabia had “concerns” about Russia’s aims but said it was targeting only extremists, including ISIL and Jabhat al Nusra, a group linked to al Qaeda.

The Russian air strikes derailed a tentative detente between the two countries earlier this year, which aimed to smooth tensions over Syria and relations with Riyadh’s regional rival Iran.

“We expressed our concerns that these operations could be regarded as an alliance between Iran and Russia,” said Saudi Foreign Minister Adel al-Jubeir.

“But in the conversation, our Russian friends explained to us that the main aim is the fight with ISIL and terrorism,” he added.