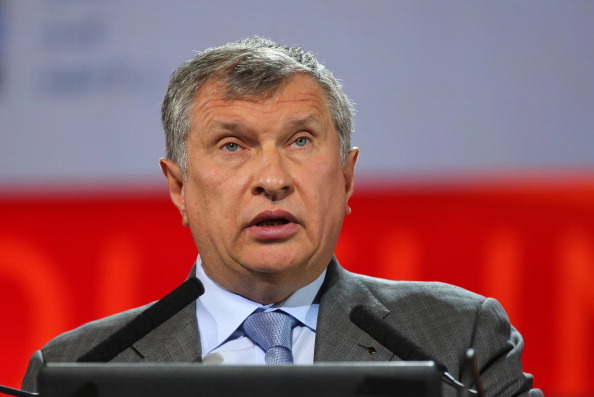 Russia’s most powerful oil official, Igor Sechin, was due in Vienna on Tuesday for talks with OPEC members as the group’s leader Saudi Arabia kept the market guessing about its response to flagging oil prices.

Sechin, the head of state oil company Rosneft and a close ally of Russian President Vladimir Putin, is expected to meet OPEC officials amid hints from Moscow that Russia could cut output or exports if the producer group does the same.

Oil prices have fallen 30 per cent since June to around $80 per barrel as a global oil glut has built up on the back of a U.S. shale boom and lower global demand because of slower economic growth in China and Europe.

Current prices are far below what most OPEC members and rival producers such as Russia need to balance their budgets.

Oil market watchers are divided on the outcome of OPEC’s meeting this Thursday in the Austrian capital. Predictions range from a large production cut to revive prices, to a small reduction, or none at all.

Some analysts say an OPEC cut of as much as 1.5 million barrels per day (bpd) is needed to support oil prices and avoid a glut aggravating in the first half of 2015.

However, Saudi Arabia has kept the market guessing in recent weeks about its intentions.

Diplomatic and market sources say Saudi officials told briefings in recent months that the kingdom, with its large currency reserves, was prepared to withstand oil prices as low as $70-$80 per barrel for up to a year.

When Saudi Oil Minister Ali al-Naimi spoke earlier this month after weeks of silence, he said Riyadh’s desire for stable markets had not changed but gave no clue about his potential response.

“Although the objectives of the cartel are unclear today, what is apparent is that investors and companies are being shocked out of the $100 per barrel oil comfort range of the last four years and that volatility looks set to remain a feature in 2015,” analysts from Barclays wrote on Tuesday.

In Vienna on Monday and Tuesday, Naimi brushed off reporters’ questions about oil prices and surplus supplies. “This is not the first time the market is oversupplied,” he said.

The fact that Naimi arrived three days before Thursday’s meeting indicates he is gearing up for long talks with fellow ministers and possibly Sechin, who has been targeted by U.S. sanctions over Russia’s actions in Ukraine.

The delegations of Venezuela and Iran, usually seen as price hawks, have asked to meet Naimi on Tuesday, an OPEC source said.

Russia’s Kommersant newspaper cited sources on Monday as saying Russia might suggest cutting its oil production by around 300,000 bpd from next year and that Moscow expected OPEC to limit its output by another 1.4 million bpd.

If Russia were to agree to cut production, it would effectively side with OPEC hawks, which have been putting pressure on Saudi Arabia to reduce supplies.

Moscow’s relations with OPEC were soured by the country’s pledge to cut output in tandem with the group in the early 2000s — Russia failed to follow through, and raised exports instead.

Analysts are sceptical Moscow can offer anything significant this time.

“Russia’s overtures to OPEC … are not particularly credible,” analysts from Commerzbank said, adding that Western sanctions on Russia made it difficult for the country to increase output anyway.

The agency did not say where it acquired the information. On Monday, the Kremlin said the presidents discussed Iranian nuclear talks and bilateral issues and made no mention of oil.

On Monday, Iran and six world powers agreed to yet another extension in the talks aimed at resolving a 12-year-old dispute over Tehran’s nuclear programme until June 30, 2015.

That made very unlikely any quick revival in Iran’s oil exports and removed a potential layer of complication to this week’s OPEC meeting.

Ratings agency Fitch said on Tuesday lower oil prices pose the greatest risk to the credit profiles of sovereigns such as Bahrain, Angola, Venezuela and Ecuador, with the least vulnerable being Kuwait, Abu Dhabi, and Norway.