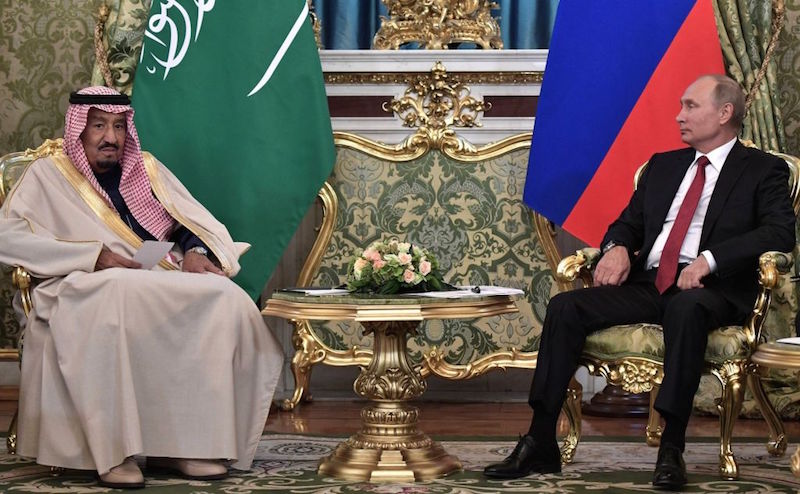 The visit will happen at a time depending on Putin’s schedule, Bogdanov was quoted as saying. He did not say what the talks in Saudi Arabia might touch upon or when Riyadh’s invitation to Putin was made.

Russia and Saudi Arabia, which is a close Middle Eastern ally of the United States, have cooperated closely on global oil markets to curb production between OPEC and non-OPEC countries.

“The visit is being worked on, the timing will depend on the president’s schedule,” Bogdanov was quoted as saying by TASS.

He did not say when the visit would happen.

“It’s the presidential administration’s prerogative, but I think a visit will logically follow. The president has an invitation from King Salman,” he was quoted by RIA as saying.