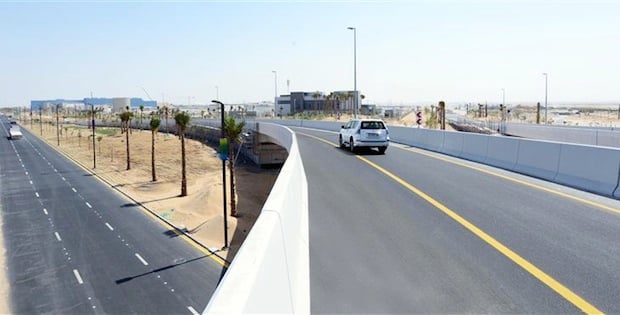 The Dhs250m bridges project, undertaken in collaboration with Meraas, has been completed in time for the theme park complex’s opening later this month, a statement said.

The project included constructing entry and exit points linking the project with Sheikh Zayed Road in the direction from Abu Dhabi to Dubai in the vicinity of Seih Shoaib.

That included a three-lane bridge stretching 1500 meters as a main entry on the Sheikh Zayed Road for vehicles coming from Dubai heading to Dubai Parks.

A two-lane bridge stretching 1000 meter as a main exit on Sheikh Zayed Road from Dubai Parks in the direction of Abu Dhabi has also been built.

“The new bridges have been designed to meet all needs of the Dubai Parks project,” the statement added.

The mega project was initially scheduled to open on October 1, although it has now been delayed to the end of the month.

Also read: Dubai Parks confirms October opening but some rides will be missing