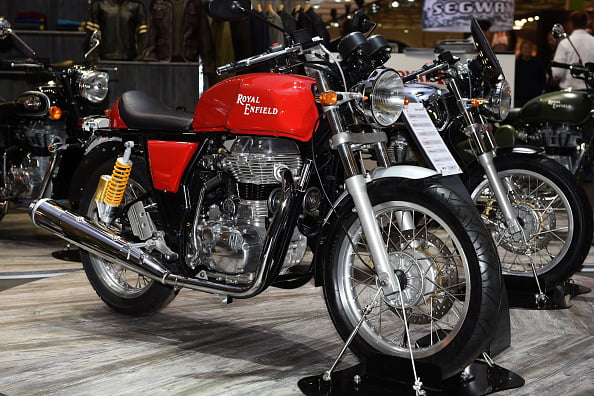 The Dubai store will be retailing the Bullet bikes, the Continental GT 535cc café racer, the Rumbler and the retro street model Classic. In addition, Royal Enfield will also be selling motorcycle gear in the store.

Avanti Automobile Trading, a subsidiary of automobile retailer RK Globals, will be handling the Royal Enfield dealership in the UAE, the statement added.

“Dubai is one of the most influential markets for automobiles in Middle-East and South Asia region and is a global hub of business and transport,” said Arun Gopal, head-international business, Royal Enfield.

“We believe that this market has a lot of demand for classically-styled, all purpose motorcycles that are accessible and fun to ride. We see a huge opportunity for creating a mid-sized segment in UAE which remains largely underserved.”

One of the world’s oldest bike manufacturers, Royal Enfield began production in 1901 and has grown over the years to dominate the global mid-size motorcycle market. It also exports bikes to over 50 countries including those in the Middle East.

In 2015, Royal Enfield is planning to invest up to $78 million, building two technological centres in Britain and India, the company’s CEO Siddhartha Lal told Reuters earlier this year.

He added that the company is also eying new markets such as Brazil, Thailand and Indonesia to drive growth.

The company’s foray into Dubai comes as the motorbikes market in the UAE gains traction.

Enfield’s competitors Harley Davidson and Kawasaki have both been reporting strong growth in local sales over the last few years.

Harley Davidson, specifically, has expanded rapidly in the UAE and has opened showrooms in Abu Dhabi, Dubai and Fujairah.