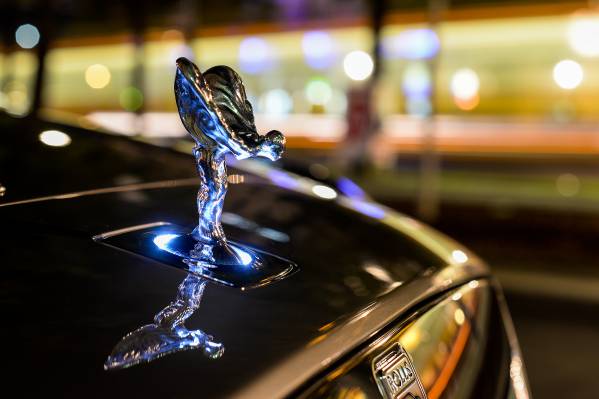 Rolls-Royce has reported a fourth consecutive record year for its luxury motor cars division, with sales for 2013 in the Middle East up 17 per cent on the previous year, making it the fastest growing region globally.

In the marque’s 110th year, in which it launched its most powerful car to date, the Wraith, the British automotive company sold 3,630 cars worldwide.

“I stated at the beginning of last year that I wished to see further sustainable growth, I am therefore delighted with this fourth successive record year, a result that reaffirms our leadership of the super-luxury segment,” said Torsten Müller-Ötvös, chief executive officer, Rolls-Royce Motor Cars.

“The pleasing thing for us was the Middle East rose 17 per cent which is excellent, and all our dealers did exceptionally well and the bespoke business, particularly in the Middle East, is more than satisfying so I’m really delighted with that performance.”

Bespoke work accounts for 100 per cent of the brand’s sales in the Middle East.

Regionally, Rolls-Royce had a strong start to last year with the Abu Dhabi dealership named the brand’s best performing branch globally in the first half of 2013.

“Rolls-Royce has a long standing tradition in the Middle East,” Müller-Ötvös said.

“This unites us with them because that is exactly our attitude and our philosophy.”

Müller-Ötvös was quick to praise the manufacturer’s dealerships in the region.

“Our dealers in the Middle East are very experienced people. We have excellent branch managers and excellent people; the service levels really are second to none.

“I’m really optimistic about the Middle East region, the stock market looks good, oil prices are good, the Qatar market has lots of activity. We see that once the economy is good and everyone is happy, then our business does well.”

Speaking to Gulf Business 12 months ago, Müller-Ötvös said the brand was looking to open its first dealership in Lebanon; a move which happened midway through 2013. Now the brand is targeting the wider region.

“We’re looking into Azerbaijan, Kazakhstan and parts in Africa including Nigeria. That’s all steered by our local office in Dubai, they are heading that as well as the South American market. That is all under the control of our Middle Eastern colleagues.”

“The majority of customers we see are new to us, customers we haven’t seen before with the brand. Customers who used to drive more high-end luxury sports cars like Ferraris, are now interested for the first time in Rolls-Royce and are putting it into their garage.”

Müller-Ötvös said he expects the trend for Rolls-Royce Abu Dhabi to launch unique one-off cars, including the Ruby and Chicane unveiled last year, to continue into 2014, crediting its dealers’ creative streaks and knowledge of their customers.

He said Europe’s economy still did not look positive for the company despite good sales in Germany and the UK. Sales in France, Spain, Italy and Greece however were at the other end of the spectrum.