Rolex watch with Dubai Ruler's name to be auctioned for up to $160,000 - Gulf Business 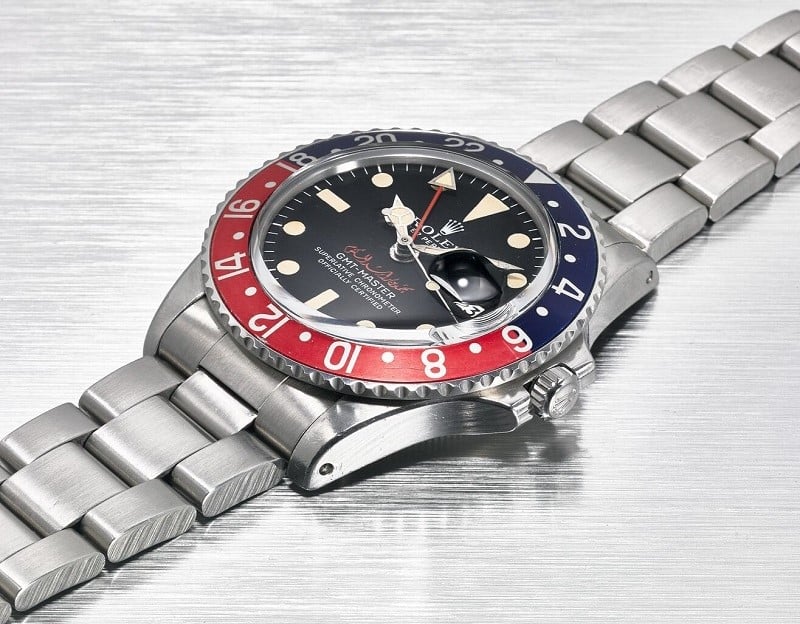 A rare, specially-commissioned Rolex GMT-Master featuring the name of Sheikh Mohammed bin Rashid Al Maktoum, UAE’s Vice President and Prime Minister and Ruler of Dubai is set to be auctioned in Dubai by Christie’s.

Made of a very fine and extremely rare stainless steel, the dual time automatic Rolex wristwatch has a sweep centre, seconds, date and bracelet, which was serviced by Rolex Geneva in 2017. 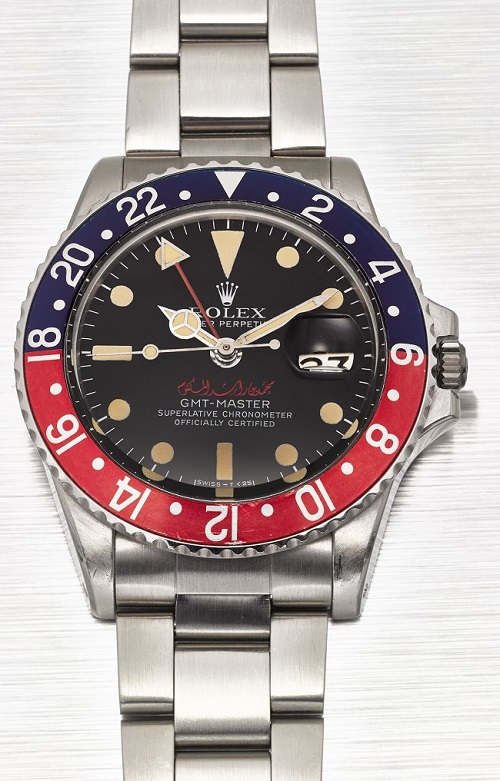 Presented in a Rolex box embossed with the crest of the UAE, the timepiece customised commissioned by Sheikh Mohammed also includes an artistic representation of the watch – a watercolor on paper combined with digital drawing applied on aluminium, signed by the artist.

During the official founding of the UAE on December 2, 1971, Sheikh Mohammed was named as the new country’s first minister of defence, the youngest official in the world to hold this position. It was during this period that watches with his name were ordered, including the Rolex being offered by Christie’s.

“The present reference 1675 with the name of Sheikh Mohammed in red is an exceedingly rare example of a Rolex GMT-Master model and given that it has never previously been offered to the market, we anticipate strong interest in this timepiece from collectors in the UAE and around the world,” he added.

The Al Maktoum personalised GMT-Master will be among the 219 lot set to be auctioned at the upcoming Christie’s Important Watches auction on Friday, March 23 and will be available for viewing at Jumeirah Emirates Towers from Tuesday, March 20.