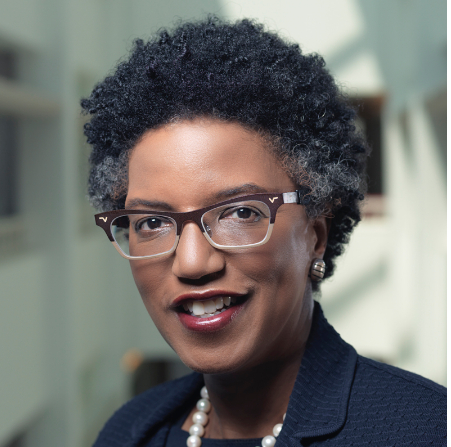 Women find it harder to reach the top of the career ladder partly because they are seen as a more riskier choice, a Harvard Business School professor has said.

She added that research even suggests employers are reluctant to recommend women to top-level roles because they are more ‘visible’ if they fail in that position.

Speaking to Gulf Business, the anthropologist said that women, in particular in the Middle East, should be ‘strategic’ in their approach and be bigger ‘risk-takers’ to differentiate themselves from their male colleagues.

She said: ” There are systemic reasons why it is harder for women. I think that in many countries, what the research does say, is that unfortunately it’s not fair but it’s real that it’s riskier when someone potentially recommends a woman to a position than a man because that woman is so visible when they are not used to seeing a woman in that role.

“And if in fact you do not do well, you will be very aware that that woman did not make it. The research does show that you have to produce more [if you are a woman] to get the same thrust.

” But one of things I would say is that women need to be strategic. You need to say ‘what are my aspirations’ and you do not necessarily need to be a careerist.”

Its annual When Women Thrive global report showed that the Middle East still lags behind other parts of the world for gender equality in the executive workplace.

At the time, Mercer’s head of marketing development Tom O’Byrne said: “We see women represented in some government sector leadership positions but in the private sector things are still relatively bleak. A host of barriers still exist across the labour market, and it will take strong business leadership over many years to move the needle,” he added.

“There are some exciting pockets of activity in many Gulf capitals – including women setting up their own businesses – but the broader labour market mix is still far from where it needs to be.”

The report also said that women are under-represented in the workforce globally, and if organisations maintain the current rate of progress, female representation will reach only 40 percent globally in the professional and managerial ranks in 2025.

Hill added that women working in the Middle East should think about taking more risks to stand out from their male competitors.

“But you are in this region and you need to think about where are the movers and shakers going to be and who do I need to know to get there? You need to as a young person, and perhaps as a woman more, be deliberate about what I want to do in this world and where I need to be deliberate.

“Who do I need to find to get it done? And maybe I need to figure out how to be more assertive to let it happen as easily. I think women need to think about what differentiates them a little bit more and be a little bit of a risk-taker.”