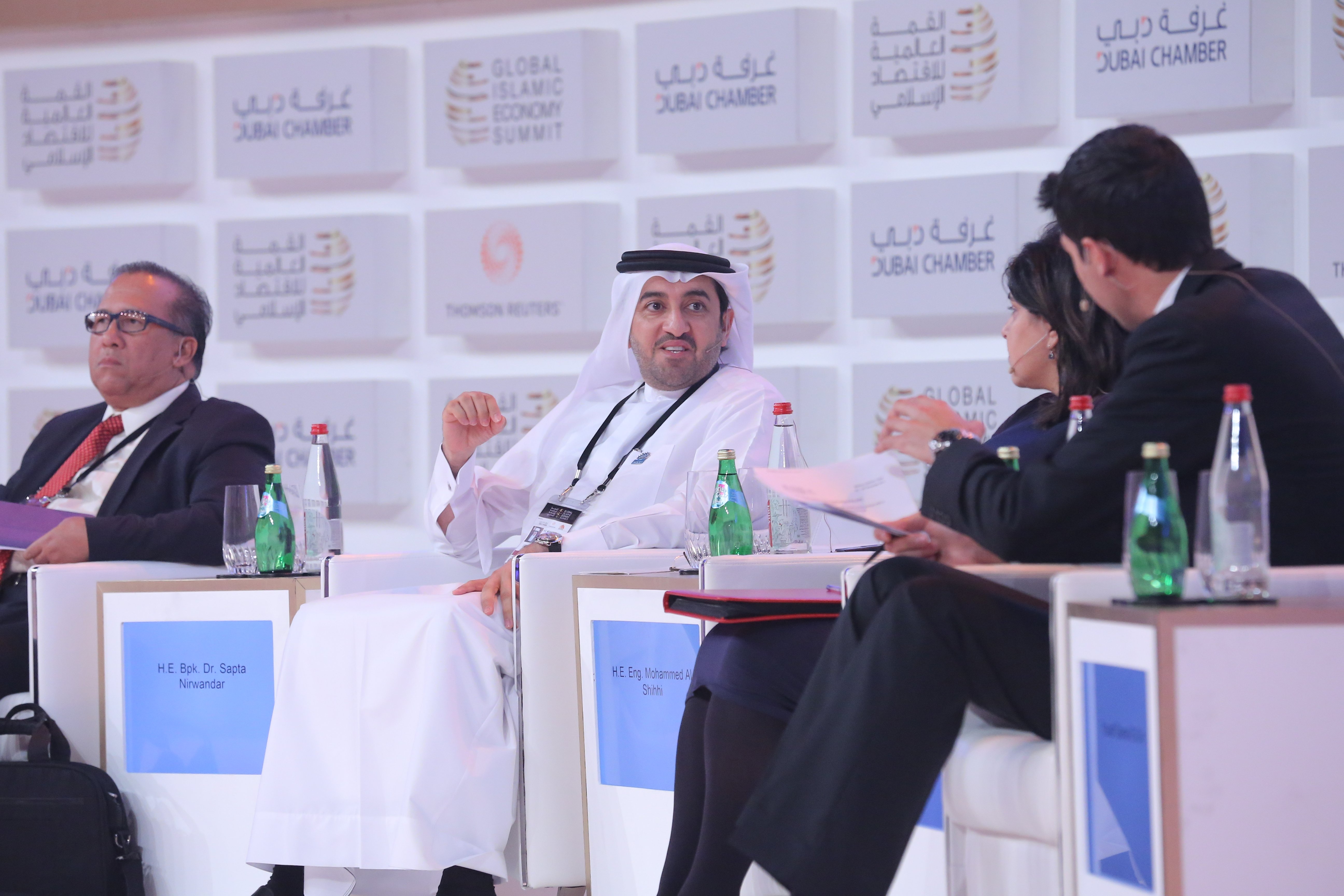 Islamic finance provides banking with ethics and morals and is experiencing “a rising tsunami of demand” according to a panel of experts on the opening day of the Global Islamic Economy Summit.

Leaders from the Islamic finance world converged in Dubai on Sunday for the start of the two-day conference, the first time it is being hosted in the emirate.

“We are in the beginning, but we have so much room for growth and regulations and policy making is key in this progress,” said H.E. Eng. Mohammed Al Shehhi, undersecretary, UAE Ministry of Economy.

“Islamic finance is the future – not a single Islamic bank has been bankrupt, bailed out or affected by the financial crisis. We must build on it [Islamic banking] for future generations.

“The UAE has, with the initiative of H.H. Sheikh Mohammed, the potential to be the world capital for Islamic economy.”

V. Shankar, CEO of Standard Chartered in the UAE for the EMEA region, warned companies would be left behind if they are not prepared for the growth of Islamic banking.

“In the next 10 years, if you don’t have a strategy for Islamic finance you’re going to be in trouble,” he said.

“There is a rising tsunami of demand for Islamic finance. It doesn’t just appeal to Muslims but to all.

“Dubai of all cities in the world is well positioned to leverage this sector.”

Also on the panel was the RT Hon. Baroness Warsi, senior member of the UK’s Foreign and Commonwealth Office, who said the finance model shift from western to developing markets presented opportunities for Britain.

“Political stability plays an important role for the growth of all emerging countries,” Warsi said, as panel members discussed the positive economic affects parts of the GCC have felt as a result of the Arab Spring.

“I don’t see it [cities jostling to be world Islamic capital] as competition. I see it as Kuala Lumpur, Dubai, London and Bahrain all together.

“Islamic finance provides banking with ethics and morals…and it provides an opportunity to be economically engaged with five per cent of the UK Muslim population.”