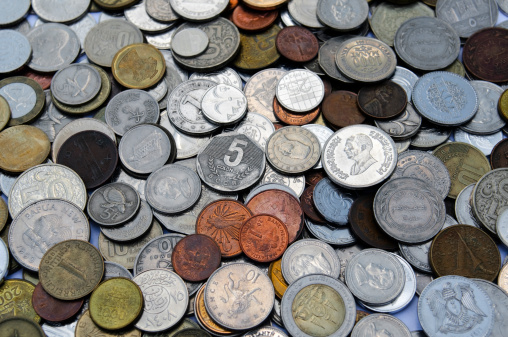 A return to an era of higher interest rates could derail attempts by Islamic finance to create alternatives to a short-term funding instrument that has dominated the industry, but which some scholars and regulators want to see replaced.

Islamic finance has been trying to diversify away from so-called commodity murabaha, a common cost-plus profit arrangement, in an attempt to reduce reliance on a single tool, stop money from “leaking” to western banks, and find instruments closer to the principles of sharia-compliant financing.

Saudi banks alone handled nearly $20 billion a day of murabaha transactions back in 2006, but western banks largely deserted the market after the 2008 financial crisis, turning instead to central banks as a source of cheap funds.

Trade in murabaha, which are mostly metals-based, is currently estimated at about $1.5 trillion to $2 trillion a year, said Steven Spencer, managing director at London-based physical metals trader Ambro Ltd.

“It is probably down by some 60-70 per cent from its peak,” said Spencer, who helped design the first such deals in 1973.

“As (central bank) tapering comes in and rates normalise, there will be a move back into the market,” he said. “We have seen the volume shrinking as the rates have stayed low, but murabaha is hard-wired into a lot of structures.”

Islamic banks follow religious principles which ban interest on their transactions, shutting them out of conventional money markets and forcing them to rely on a handful of alternatives.

Commodity murabaha has carried the lion’s share of Islamic interbank trade, now largely a low margin business. Under the arrangement, a bank agrees to buy a commodity for another counterparty, which promises to buy it back at an agreed mark-up.

An average $8 billion of commodity murabaha trades are transacted daily in the Gulf region, with most going through London markets, estimates Husam Saif, head of treasury and capital markets at Bahrain’s Khaleeji Commercial Bank.

Murabaha deals are backed by trade in a physical asset – often platinum or palladium that changes hands briefly – but the industry has pushed for tools which can boast a closer link to real economic activity, a key principle in Islamic finance.

Oman and Bahrain have encouraged wakala contracts, which involve a bilateral agreement between two parties.

Bahrain’s central bank has said it wants banks to move away from commodity murabaha, Oman banned the practice outright in 2012, while Dubai wants to grab some business away from London.

Such efforts are at an early stage and could be derailed if the bulk of Islamic interbank volumes move back to murabaha.

“If interest rates are increasing the inclination will be to move to commodity murabaha, but we are encouraging the industry to move into alternatives,” said Ijlal Ahmed Alvi, chief executive of the Bahrain-based International Islamic Financial Market (IIFM).

The non-profit IIFM has created contract specifications for wakala and is developing a collateralisation standard of tradeable Islamic bonds for use in liquidity management.

Such alternatives expose banks to counterparty risk and are less uniform than murabaha, issues which IIFM aims to address.

“We are seeing encouraging signs on this diversification, but ultimately it will come down to the sharia preference and economic preference of Islamic banks,” Alvi said.

Last year, the Dubai Multi Commodities Centre launched its own Islamic commodity trading platform, which handled over 900 trades in the first half of 2014, worth a combined $200 million.

In April, the NASDAQ Dubai bourse launched its own murabaha trading system backed by Emirates Islamic Bank. A six-month pilot phase handled over 2 billion dirhams ($545 million) worth of business.

Since August, the Malaysia-based International Islamic Liquidity Management Corp has been issuing short-term Islamic bonds for use as money market tools but traders say the notes are thinly traded.

By comparison, a report by the Malaysia-based Islamic Financial Services Board found Saudi Islamic banks handled an average daily volume of $19.7 billion of Islamic interbank transactions in 2006, with more than 90 percent transacted via non-Islamic banks.