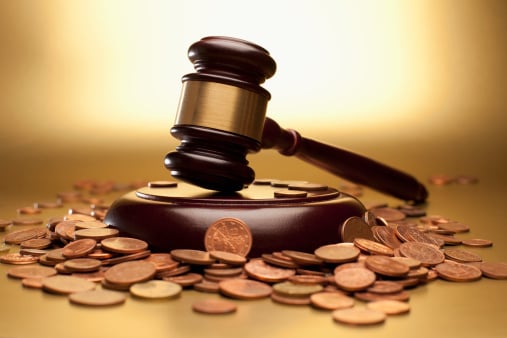 Companies in the Middle East and North Africa are facing rising costs to fight financial crime, with more than half reporting a climb of higher than 25 percent in the past two years, according to a survey.

In a region where the risk of money laundering and terrorism looms larger than in some other parts of the world, many businesses are under pressure to tighten anti-financial crime and compliance rules.

The survey by Thomson Reuters and Deloitte of more than 160 people working across the corporate and financial sector showed that 33.54 per cent believed investment in combating financial crime and compliance had risen by more than 25 per cent compared to two years ago.

A further 27.85 per cent of those surveyed said compliance costs had surged by more than 50 per cent over the same period.

And these costs will only keep increasing, with 49.69 per cent of respondents expecting such investment to rise by more than 25 per cent over the next two years, with a further 24.84 per cent forecasting a rise of more than 50 per cent.

The growing costs reflected a rise in compliance activity in the past two years. A total of 25.61 per cent of those surveyed said their companies were spending more personnel hours in meeting compliance objectives, with a further 25 percent saying they had increased staffing within compliance activities.

In the next two years, 54.8 per cent of companies said they expected growth in either the number of personnel hours handling compliance or staffing levels combating financial crime.

Several businesses in the United Arab Emirates have been fined by US and local regulators in recent years for breaching sanctions against Iran. Meanwhile, UAE banks have been banned by the government from doing business with organisations including the Muslim Brotherhood, Islamic State and the Houthi movement, which is fighting for control of Yemen.

The survey showed that anti-money laundering was the top priority for most companies in combating financial crime, with 82.50 per cent of firms saying they had such policies in place.

This was followed by policies to protect against fraud (73.13 per cent), comply with sanctions (66.88 per cent), for counter-terrorism financing (63.13 per cent) and to stop bribery and corruption (56.25 per cent).

But only 33.13 per cent of firms said they had cyber crime policies in place.

Saudi Arabia’s national oil company Aramco was hit by a cyber attack in August 2012 that targeted 30,000 computers in a bid to stop oil and gas production in the kingdom. In the months after this, both RAKBANK and Bank Muscat disclosed cyber-criminals had stolen debit card data from customers.