The rise of the electric aeroplane - Gulf Business 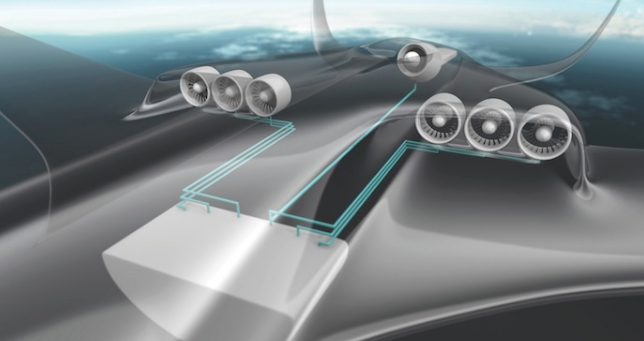 Electric cars have officially entered the mainstream. Tesla’s latest models captured global headlines and manufacturers including Nissan, Ford, BMW and Mercedes-Benz are bringing the technology to the global masses.

Now, as technology improves, the aviation industry may be heading in the same direction – spurred by the need for fuel efficiency and a reduced environmental impact.

At the 2014 Berlin Air Show, European plane maker Airbus unveiled the E-Fan 2.0 prototype aircraft. The two-seater uses a pair of motors with ducted fans powered by a battery. It can fly for about half an hour at 110mph.

Executives suggest it could be ready for commercial use as soon as the end of 2017.

In the following summer, a team of engineers at the University of Stuttgart broke seven new world records with their e-Genius plane. It climbed more than 20,000 feet in under two minutes, reached speeds of 142 mph and flew nonstop for 300 miles.

All while burning no fuel, emitting zero emissions and consuming one fifth of the energy typical of a fuel powered two-seater plane.

The value of the electric aircraft market is expected to reach over $22bn in the next 15 years as the market takes off.

“Electrically driven aircraft are arriving from the bottom up in the form of hang gliders and sailplanes and from the top down in the form of large hybrid helicopters and airliners that have electric nosewheels making them electric vehicles when on the ground,” notes Research and Markets in its Electric Aircraft 2014-2024 report.

“Near-silent take-off and landing of feeder aircraft is being considered and small aircraft that are airborne thanks to wheel motors and the personal aircraft in your garden will be possible.”

The power and range of electric aeroplanes is expected to increase multiple times as battery performance improves. Short distance regional flying could become a reality within the next two decades.

Last year, German manufacturer Siemens unveiled the world’s first electric commercial aeroplane engine. It can produce five times more power than a traditional engine, with thrust of up to 260kW, despite only weighing 50kg.

According to the company, electric planes would mean cheaper running costs for airlines and improve their environmental impact. Total costs could fall by as much as 12 per cent it says.

A hybrid engine aircraft being worked on by Airbus and Siemens is expected to be ready for commercial use by 2035.

Hybrid seems the more likely direction that the market will take for the immediate future of air travel. Integrated electric propulsion systems could use gas or diesel generators to generate electricity that could then be used to power the electric motors that turn the propellers of a plane.

In the United States, Boeing has revealed the SUGAR Volt concept. A hybrid aircraft using two turbofans that burn conventional jet fuel when taking off, then electric motors to power the engines while flying.

The aircraft would use a distributed propulsion system with numerous electric fans on the length of the wing powered by a battery that is charged by an onboard advanced gas power unit. This is combined with an airframe providing better weight distribution and a reduced rear tail to reduce weight and drag.

Clearly, looking at some of the designs already in the works, electric aviation promises some exciting years to come.