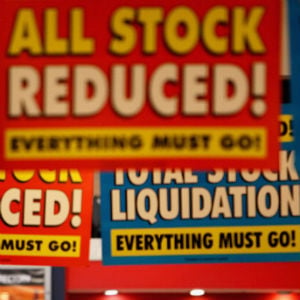 It’s not uncommon during tough economic times for marketers to renew or revive brands because it can cost less than developing new ones. Usually this is done by large retail groups looking to rescue struggling smaller brands in their stable of top names.

In the Gulf, retail firms are going one better and resurrecting the fortunes of brands that have performed badly in foreign markets. As retail recessions hit Europe and the US, these so-called ‘ghost’ brands are taking off in the region. Lingerie store La Senza, US-based bookseller Borders and clothing retailer Jane Norman are among the names that have lost their footing in the West over the last 12 months but thrived through Middle East franchises.

There’s a familiar quirk that makes this trend possible. Gulf residents, Arabs in particular, are fascinated with Western brands and will pay above the odds to get their hands on them.

“There’s a certain aspiration to the West that’s addictive for many in the region. People prefer investing in importing brands rather than creating local brands,” said Lana Bdeir, managing director of FutureBrand for
Middle East & Africa. “There’s an attraction particularly around UK and US brands. Gulf Arabs feel like they are buying something that represents a better life; it’s not so much about the quality of the products. It’s about the lifestyle it represents. They are even prepared to pay more for it in their local markets.”

In other words, the same item of clothing will sell for a higher price in Dubai than it would in London.

Maternity retailer Mothercare, which holds a franchise deal with Kuwait-based retail firm MH Alshaya Co, said last year it would close a quarter of UK stores but planned to ramp up its presence in fast- growing markets such as the Middle East, India and China.

There is also such a huge influx of big- spending Gulf Arabs into London that UK retailers need only maintain a light presence to keep the brand’s authority.

Bdeir says: “Cities like London, in the summer time and other peak times like the Eid holiday, get a flood of tourists from the Gulf. High-end brands are aware of this niche’s strong purchasing power and make sure to target it and cater for it. If, theoretically, a brand such as M&S downsizes dramatically, but it makes sure to keep some of its key stores in major cities like London, a city heavily visited by Gulf Arabs, then this might help maintain
the image of the brand amongst this particular audience,” she adds.

But what if the parent company goes bust and the Gulf outposts are all that remain?

Gaurav sinha, managing director of Insignia, a specialist branding firm that represents Borders, which filed for
bankruptcy in February 2011, says it depends what type of retailer you are.

“Brands within the service sector have a higher propensity to be reinvigorated than brands that are product driven. If you’re importing a culture, for instance a luxury clothing line, you’ll have trouble resurrecting it without the heritage it once had in its home markets. Whereas if it’s a hotel brand and the property in Dubai you’re planning on using is beautiful then you stand a better chance.

He adds: “You have to take measured risks about what you’re buying. Are you buying a particular perception? How far are you willing to resurrect or create a new image?”

Given that Gulf retail groups are not keen on establishing home grown brands, it seems they will have to continue to tread carefully with what they buy from the West. Even though in reality it’s easier to buy global names, it’s worth considering whether the Gulf franchise will survive the death of the parent company.