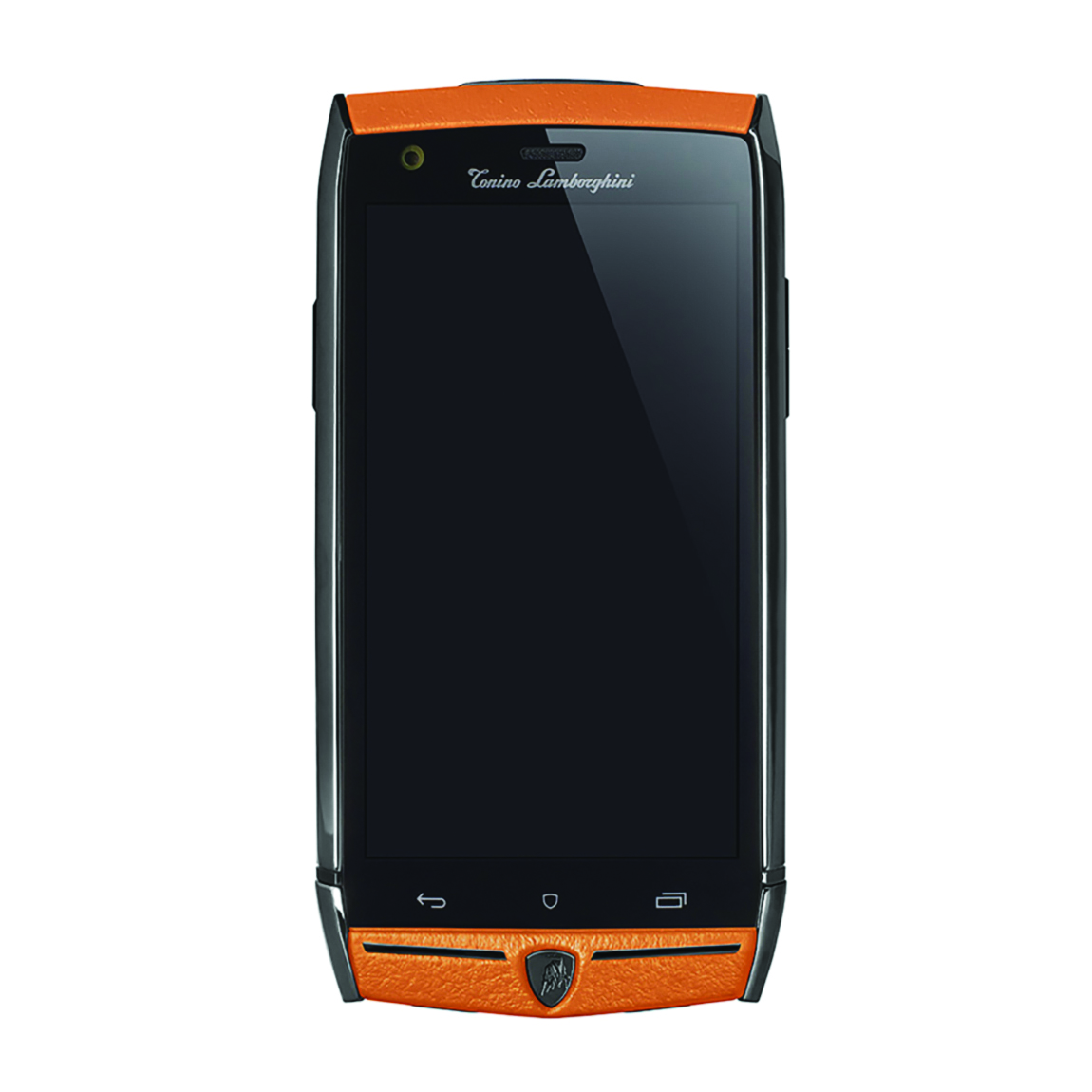 Upon first glance, the 88 Tauri is certainly unique, emerging large and lavish from a box akin to a Lamborghini hood, with a padded interior to match.

The sheer size of the device is difficult to ignore, and seemingly defies the belief of ‘make it slimmer’ adopted by other manufacturers. In the hand, it also feels reassuringly heavy at 220g, similar to what is expected from an expensive watch.

Pushing up the weight and the size of the device is an exterior forged from a combination of stainless steel and calfskin leather, which is pleasing to touch and hold. But its extra bulk and angular design would challenge smaller hands.

The metal panelling comes in three variants (black, gold and steel silver) while the leather is available in five colours (black, blue, red, orange and brown). We can imagine some of the combinations looking a little garish compared to the gold metal and brown leather device we got our hands on.

These materials and the handcrafted design are of course not enough to justify the price tag ($6,000) alone, especially given that some similarly priced devices from luxury maker Vertu come in Titanium.

So Tonino Lamborghini has thrown another factor into the mix, a limited product line. Only 1,947 pieces of each colour-way of the 88 Tauri are set to be created, a number chosen to honour the year of company founder Tonino Lamborghini’s birth.

This of course means you are less likely to be in the same room as another 88 Tauri owner, which could appeal to those looking to stand out from the crowd.

However, we imagine these buyers would also want a little more in the materials department for the price – a sapphire screen perhaps rather than the custom scratch and shatterproof glass one offered.

It is often the case at this ultra-premium price point for phones that specs seem like an after thought, rarely coming close to the latest Android offerings from Sony, HTC, Samsung and the like.

This time, however, Tonino Lamborghini has clearly put some effort into making sure the device is at least relevant in the technology department, although it is still left behind by the latest range of devices.

The screen at 5-inches, 1080p and 443ppi offers crisp and quality visuals but nothing noticeably better than others on the market. Inside it’s a similar story with base specs including a 2.3Ghz quad core Qualcomm Snapdragon processor, 3GB of RAM and 64GB of storage offering smooth and speedy but not extraordinary use.

In the camera department, the 88 Tauri certainly means business, with a rear 20MP shooter and front 8MP shooter, offering one of the better overall combinations (at least in terms of megapixels) on the market at a present, particularly for selfies.

Battery life is also impressive thanks to the 3,400mAh capacity, a notable leap ahead of similarly priced competition from Vertu and Porsche Design, while Wolfson noise cancellation technology and USB3.0 wired connectivity also add to the overall experience.

This leads us to the biggest disappointment, however, which is actually turning the device on. The 88 Tauri uses a customised version of Android 4.4.4 KitKat, rather than the latest generation of Lollipop.

And aside from some unique backgrounds, 13 exclusive ringtones from DJ Ravin and some rather underwhelming custom icons for a few functions, there is little separating the experience from that seen on a mid to entry level Android smartphone.

While the same can also be said of similar devices in the ultra premium segment from Vertu, those at least come with the British-maker’s concierge service as a point of differentiation and some free bundled software and subscriptions. Then again, the 88 Tauri’s target audience may not see these features as a priority.

Overall, Tonino Lamborghini’s latest device is more style than substance but as luxury fashion brands across the world have shown, a recognisable logo and exclusivity can go a long way in appealing to wealthy buyers.