The Restaurant
Four years ago, we visited The Restaurant which at the time served Anglo-French fare. Fast forward a few years and it has now undergone a change of direction courtesy Chef Giorgio Minnone – a familiar face within Dubai’s culinary scene having previously worked in Armani Hotel Dubai, with the Jumeirah Group as well at The Beach house at Anantara. Here at The Restaurant, Minnone is tasked with taking the outpost down a new route with classic Italian fare.

We take a seat outside on the terrace which has commanding and unrivalled views of Dubai Fountain and the Burj Khalifa. While the starters on the menu includes the likes of roasted veal loin and Italian favourite burrata, you wouldn’t make a bad choice by going straight for the pizza. The cheesy margherita pizza we ordered had a thin crust and topped with fresh basil leaves. It had a delectable sauce that wouldn’t be out of place in a Nonna’s kitchen somewhere along the Italian coast. 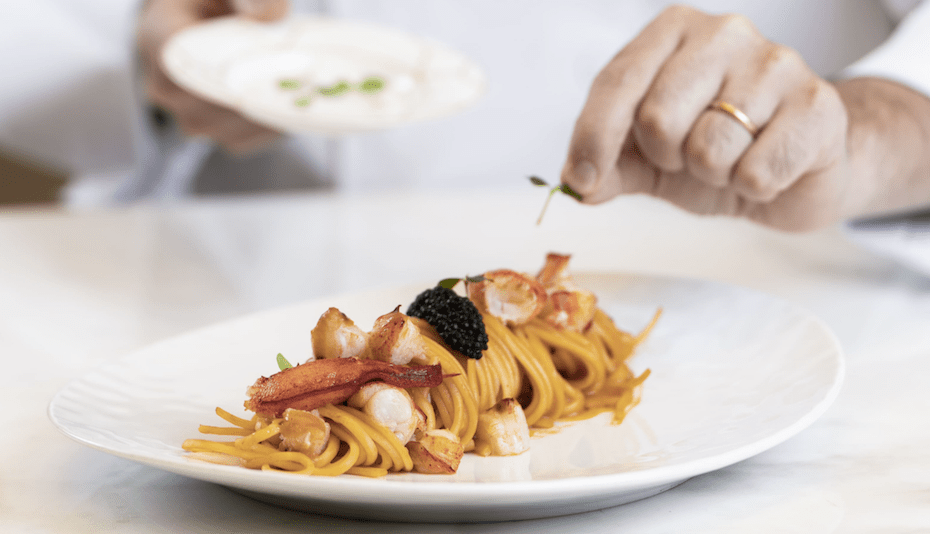 We also loved the linguine all’astice e caviale, the lobster linguine pasta, that was made all the more decadent (this is Downtown Dubai, after all) with a portion of caviar on it.

For the mains we settled on a ribeye steak which was done just as we asked for, and had a generous helping of mushroom, foie gras, and black truffles. Four years ago, the beef wellington was the highlight of our mains during our visit to The Restaurant – now, the steak is definitely a worthy replacement. Also, worth ordering is the roasted octopus that was presented on a bed of spinach emulsion in an artsy creation that is certainly Instagram friendly. For desserts, ask for the cannoli which has an explosion of flavours with its lemon curd and creamy ricotta and is a signature of the restaurant. Chef Giorgio Minnone has only cemented his place even further within the city’s fiercely competitive culinary landscape.

Marea
The New York outpost of Marea has a Michelin star, and three years ago landed in Dubai and right in the midst of DIFC. With several high-profile restaurants within metres of each others, setting up a restaurant in DIFC is a gamble – and in Marea’s case it paid off handsomely. 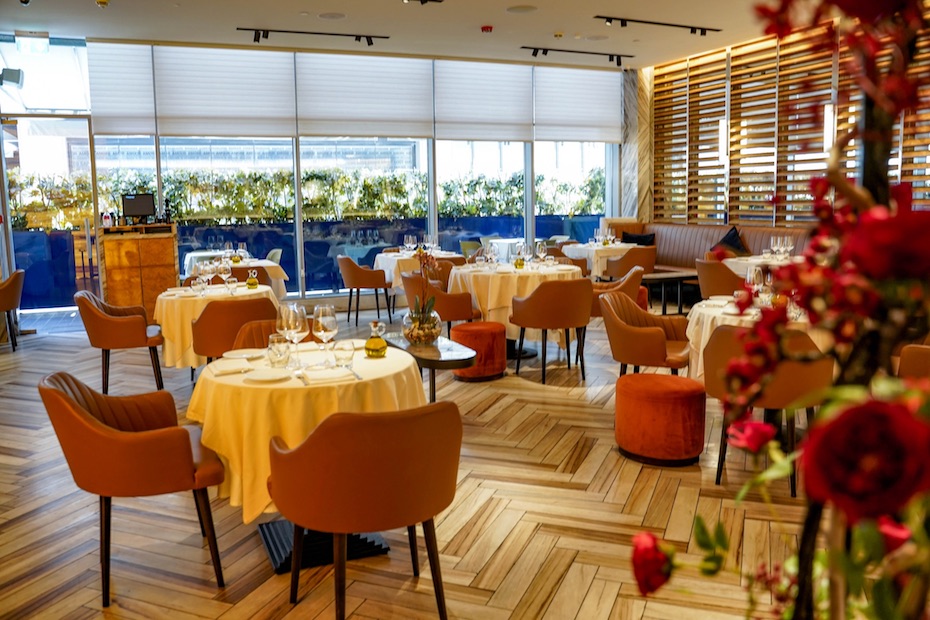 The waitstaff at the restaurant is trained to a fault, usher us to our seat and engage us in conversation that doesn’t seem rehearsed, but rather refreshingly welcome. Their knowledge of the menu and its offerings only amaze us even further. While we wait for our starters to arrive, there’s freshly baked salted cheese breadsticks that are brought to the table alongside a white bean puree. We start with the calamari fritti that was absolutely crisp and was served with an excellent gribiche sauce. The grilled octopus is another great starter too and is served with pine nuts and apricot with a swirl of salsa verde below it. The lobster burrata meanwhile was light and creamy and topped with chopped pieces of lobster with pickled eggplant and basil seeds while generously doused in basil oil. 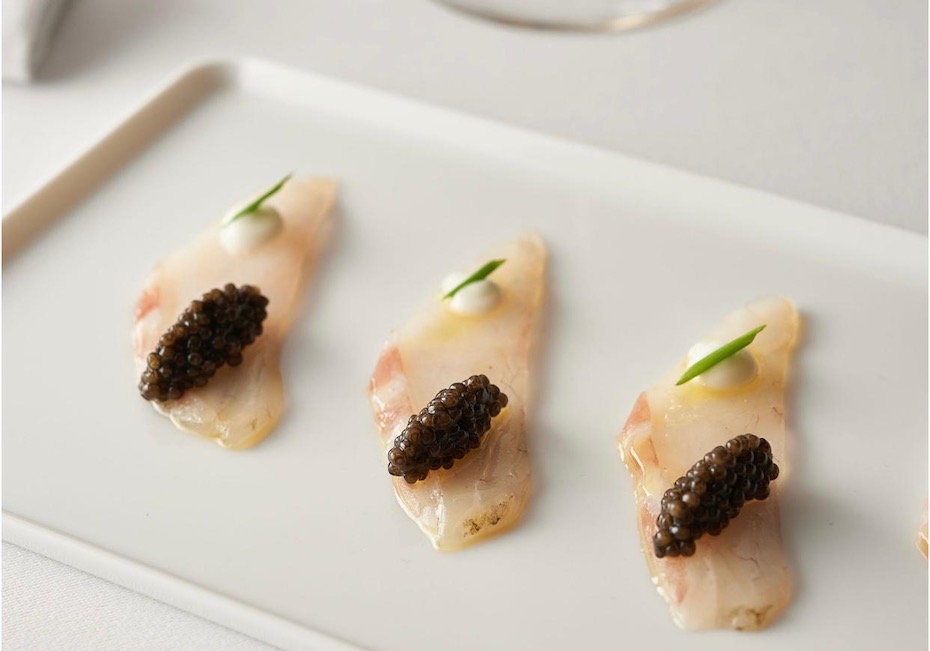 The hard-working menu includes a selection of carapaccio and tartares, and salads as well as pastas. We asked for the rigatoni which comprised of a wagyu beef bolognese in a thick sauce made comforting by the presence of parmigiano and mushrooms within it. Not on the menu that was handed to us, but a special addition and recommend to us by the waitstaff, was tortellini which comprised of a portion that could easily suffice two and was a great main which included some of the best pecorino cheese we’ve had recently. If you do have space for more mains (we didn’t), you could select between grilled tiger prawns, lamb chops or a sea brem.

To end the meal, the ice cream sorbet was absolutely on point with the raspberry, passion fruit and mango flavours, but the tiramisu that was fluffy and moist and comforting all at once showed just how inventive an Italian restaurant can get with the most staple menu offerings. It would be prudent for the waitstaff to keep their eyes peeled for an anonymous Michelin inspector – Marea Dubai could certainly be in the reckoning for a star, should the opportunity arise.