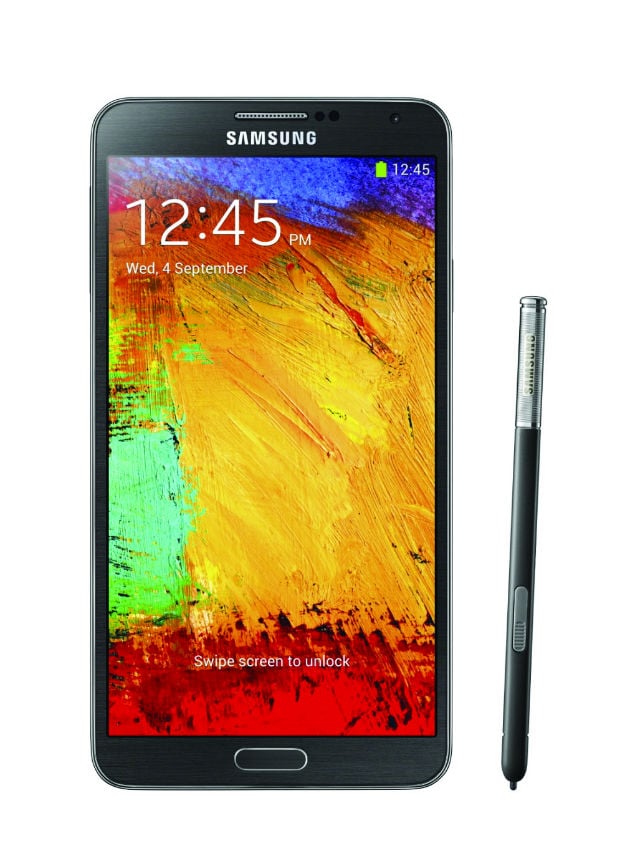 The Galaxy Note 3 features an impressive, easy-to-use 5.7 inch HD Super AMoleD display screen. The large phone – or ‘phablet’ – also boasts a 2.3 GHz quad-core processor and 3GB of RAM, which more than lives up to expectations.

The phone includes all the features that debuted on the Samsung Galaxy S4 including Air Gesture, Air View and Smart Scroll. The S Pen stylus is a perfect companion to the phone, and writing with it is easy and convenient.

However, the phone is 8.3mm thick and weighs in at 168 grams, which means it can feel too bulky on the palm and generally cumbersome to carry around.

Along with the Note 3, Samsung also launched the Galaxy Gear, its first attempt at wearable technology.

The Gear, which connects wirelessly to the Note 3 (NFC and Bluetooth), allows you to make and receive calls hands free.

The watch’s 1.6-inch home screen displays the time and weather and the device includes an inbuilt-pedometer and a few basic apps. Its 1.9MP camera, inserted in the rubber strap, takes sharp pictures, but the issue of privacy did crop up, since it’s possible to take pictures discreetly.

Also, the fact that you have to carry around the bulky Note 3 in your pocket to use the watch is a drawback. Wouldn’t it be easier to use wearable technology that functions independently?

The Gear, available in a range of colours, is a sleek and interesting gadget, but certainly requires more tweaking.