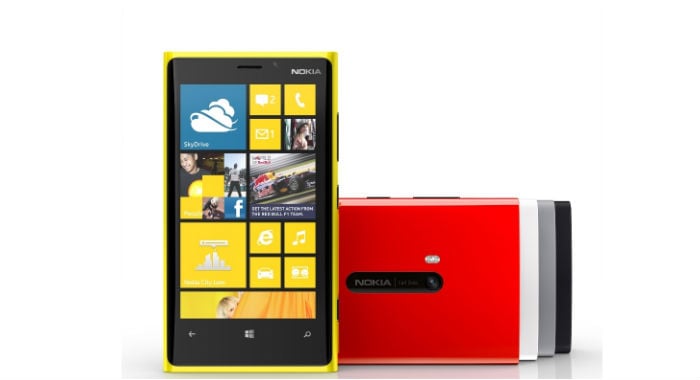 The eagerly anticipated Lumia 920 smartphone from Nokia was billed to be the make or break device for the company. And it doesn’t disappoint.

With a 4.5 inch LCD display, the 920, which operates on the new Windows 8 software, has a supersensitive touchscreen that responds – almost instinctively – to your commands. You touch the button and it happens. Perfect.

Nokia has also hit the jackpot with the phone’s photo software. While it’s PureView technology lets you shoot in the dark, without flash (and gives you great images), it’s Smart Shoot technology takes a sequence of photos and then lets you change faces or edit out people/ unwanted objects. The best bit – it’s simple and easy.

The phone also comes packed with an 8.7MP main camera, and full 1080p HD video capture, so you are certain not to miss your camera.

Another interesting feature in the 920 is the Nokia City Lens, a kind of GPS system, which offers the location and information about restaurants, shops, hotels and ATMs in your neighbourhood.

While that’s handy and convenient, the software on our phone didn’t seem to be updated; Burj Khalifa was still called Burj Dubai.

One of the other drawbacks of the phone is it’s size – the 5.1 inch tall, 2.8inch wide device feels a bit too big and a bit too heavy to cozily fit into the palm of your hand. Thankfully though, true to the Nokia tradition, the phone is sturdy.

All in all, we loved the bright display, the phone’s responsiveness and the fact that it comes in bright colours (yellow and red, along with white and black). Priced at $680, the Nokia Lumia 920 is a gadget worth owning.

Update: We just received a statement from Nokia saying that the “Location and Commerce team has made the necessary corrections to rename Burj Dubai as Burj Khalifa on Nokia maps.”