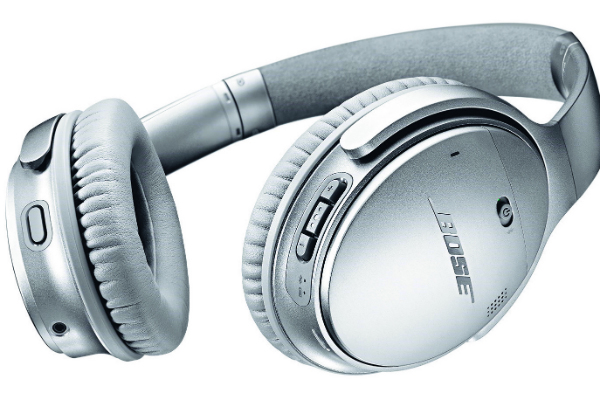 Having been impressed with the noise cancelling capabilities of the original Bose QuietComfort 35s when I reviewed them in mid-2016, I was more than happy to find a pair of the second-generation headphones in my stocking in December.

But in many respects it was difficult not to feel like I was treading over old ground in the weeks after thanks to the great, if unchanged experience.

Off the bat I can say the headphones maintain many of the things that impressed me during my original review.

The design is understated but comfortable, with ample padding for the ears and head, and the noise cancelling is as good as ever.

Indeed, I was surprised on several recent flights to see just how many people were wearing Bose’s creation to block out the whirring of the engine and general chitchat in the background.

One disappointment out of the box this time around was my discovery that there was no longer a dual-pronged adapter for wired connectivity to inflight entertainment systems. Although thankfully after testing it seems the manufacturer has found a way to bring sound to both ears without using one.

Beyond this, the other key change is the inclusion of a dedicated button for Google Assistant.

This can be used in combination with the smartphone app to issue commands ranging from finding restaurants and asking for news updates to controlling your music. Although quite often it’s quicker to do the latter via the dedicated physical buttons.

As someone who has not bought into the hype surrounding the current generation of virtual assistants, this personally struck me as more of a future-proofing feature than something ground-breaking enough to justify a purchasing decision. However, as these assistants evolve there may be useful functionality to come that may make you glad to have it included.

Until then, I was more excited to find the button could also be mapped to other functions. Among them is the ability to change the noise cancellation levels between low, high and off – useful if you plan on wearing the QC35s on your morning commute.

Elsewhere though it is much the same story as before. The battery life remains identical at 20 hours in wireless mode with noise cancelling on, and the ability to really get lost in your music without background distractions is still very much present. Although as to whether you will get the best sound quality on the market is still subject to debate by audiophiles.

The device remains a good calling companion, appropriately blocking out background noise on both ends of the line, and the included cables means you can switch to wired mode if you run out of power, admittedly with a drop in audio quality.

This in turn means the QC35 version two is difficult not to recommend if you’re in the market for some quality headphones.

But as a closing point I would say that if you already own version one there is little-to-no reason to upgrade unless you are particularly enamoured by Google Assistant. The same also holds true for
new buyers who may want to save a bit of money and go for the older version, as the experience is almost identical.

The Bose QuietComfort 35 II is available for around Dhs1,400