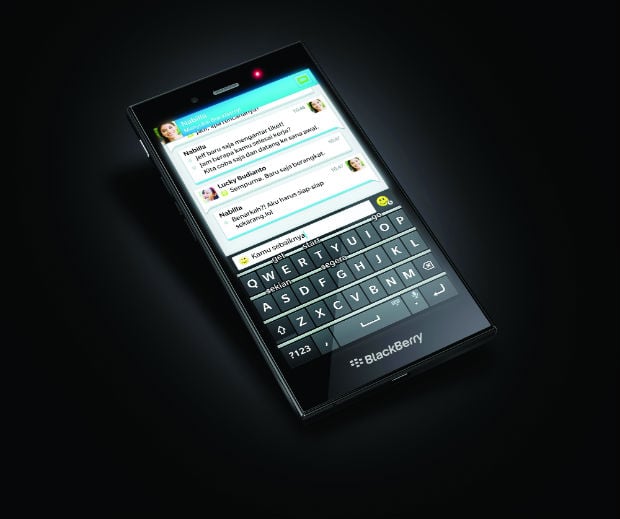 For the Canadian mobile phone maker Blackberry, the last few years have not been kind, with rivals like Apple and Samsung biting into its once large share of the smartphone market. Since then, it has made a slew of moves on both the technology and financial front to stem the tide.

Chief on the technology side was the introduction of the BlackBerry 10 operating system (OS) that was to bring it on par with iOS and Android.

The Z3 is the latest in the line of devices using that OS and at least theoretically, given the price, looks like a phone that can replicate the mid- segment success BlackBerry had with the Curve 8520. At Dhs899, it is priced in a segment that has the Moto G and Nokia Lumia 630, and on some counts, it performs better than them.

The Z3 takes its design from the Z10 that was launched last year though it is smaller and lighter (164gm). However, much like the Z10, it is what I call a “phone in a suit”.

It is designed for a business clientele with its all-black finish. It has a 5-inch qHD display, which while not HD, works as well as a 720p screen in practice. Fans of larger displays could always use Miracast to beam content to a larger screen.

On performance, you could say that the Z3 does better than most phones in its segment.

Multi-tasking is a breeze and it is relatively quick on switching and opening apps. What amazed me was that with a full day of multi-tasking, sometimes on WiFi and other times on LTE, the battery lasted more than 24 hours on a full charge – you can’t put a price on that ability nowadays given that some phones that don’t last you four hours.

Overall, the Z3 is a phone that can keep the BlackBerry loyalist from moving away to other platforms and with the BlackBerry 10’s ability to accept Android apps, perhaps get a few moving in the other way as well.