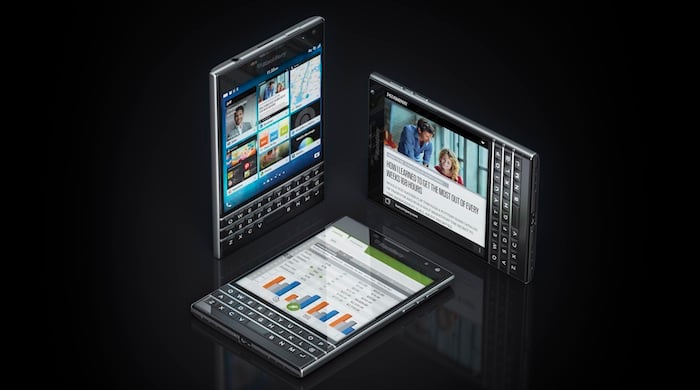 The much-hyped BlackBerry Z10 was pegged as the make-or-break phone for the Canadian firm when it was launched in 2013, and despite all of the company’s efforts, the device tanked.

While the unveiling of Passport in September this year was not as high-profile a launch, the device still holds the key to BlackBerry’s survival in the exceedingly competitive smartphone arena.

In a bid to reach out to its core target of business professionals and banking on the USP of “uniqueness”, BlackBerry created the Passport, a squarish, unwieldy smartphone, which matches the size and shape of its moniker, a passport.

The phone features a high-res 4.5-inch square screen, which makes reading very easy; a new touch-enabled QWERTY keyboard – which we didn’t find to be too responsive; a 13MP rear camera – which takes fairly good quality pictures for a BlackBerry, and a 3450 mAh battery, which the company says provides up to 30 hours of talk-time (didn’t get a chance to test out 30 hours, but it lasted reasonably long despite active usage).

Running on a quadcore 2.2 GHZ processor, the phone was fairly fast, and with 3GB RAM and 32GB memory, it boasts decent space.

The Passport also comes with BlackBerry’s new 10.3 OS, which includes new features such as the BlackBerry Assistant – Siri’s competitor, which is billed as being more intuitive. However, requesting a “search for Gulf Business” yielded responses such as ‘sesoko business’, ‘ghost’, ‘golf business’ and ‘best business’. And no, we didn’t get the right result even once.

An interesting feature is the BlackBerry Blend, which is OS agnostic and lets users sync all their devices to the phone, to ensure that they remain connected all the time. The Passport also comes preloaded with the Amazon Appstore, which showcases the latest Android games and apps.

The most off-putting feature about the phone however, is its “unique” bulky design, since you feel quite awkward holding it to your ear and it also doesn’t fit comfortably into your pocket. It’s impossible to use with one hand, and at 194g, is also on the heavy side.

It remains to be seen whether the new device will serve as a passport for BlackBerry’s re-entry into the market.