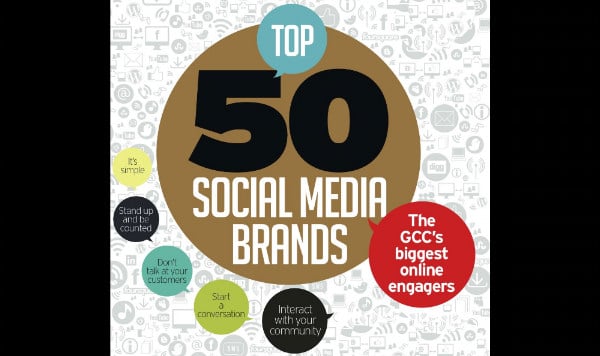 Abdul Latif Jameel (ALJ) group, the exclusive distributor of Toyota in the Kingdom, is focusing heavily on social media to market the Japanese car brand.

For instance, Toyota offers a free iPhone and iPad application that allows users to book vehicle service appointments, calculate installments and receive promotions. ALJ recently won a 2012 Facebook Application Award for its ‘Me and My Toyota’ online campaign.

Launched in 2007, the Saudi Arabian carrier already has a young fleet of 16 aircrafts and covers 24 international destinations. Currently in a strong social media drive, NasAir is competing with five global airlines in the ‘Best Use of Social Media to Drive Revenue’ category at the annual SimpliFlying Awards For Excellence, to be held in October.

One of the fastest growing airlines in the world, Qatar Airways flies to over 100 destinations worldwide, and is looking to widen its market through social media.

Last month, the carrier conducted a competition on Twitter called ‘Tweet- a-Meet’ where the first three winning teams with the highest number of tweets won a pair of business class tickets to their chosen destination.

The Dubai-based luxury property developer operates residential and commercial projects in the UAE and Africa. The company has tie-ups with famous sports personalities, such as Michael Owen, Nwankwo Kanu and Svetlana Kuznetsóva, and promotes itself on social media by offering merchandise signed by these stars to competition winners.

Spread across 12 million square feet (and growing), The Dubai Mall has over 1,200 stores and 160 F&B outlets. The enormous shopping destination welcomed more than 54 million visitors in 2011 to become the world’s most-visited shopping and leisure destination, according to Emaar Properties, the mall’s developer.

The largest bank in the GCC (by assets), Qatar National Bank was established in 1964 as the country’s first Qatari-owned commercial bank. Despite being a relatively older company in the region, the lender has been quick to adapt to social media, and keenly interacts with its audience through competitions and offers on Facebook.

Synonymous with retail supermarkets across the world, the French brand Carrefour entered Saudi Arabia in 2004, and has seen a rapid expansion in the Kingdom. In a bid to cater to its local consumers, Carrefour SA recently released a mobile app that allows users to download chosen Surahs from the Holy Quran.

Ferrari World Abu Dhabi already has the best branding any theme park could wish for. The world’s first Ferrari themed park, its enclosed indoor area is large enough to fit seven football fields. The park, which offers over 20 thrilling rides, is understandably popular on Facebook, adding over 8,400 ‘likes’ in the month of July alone.

Given that multi-themed (and air conditioned) malls offer the main source of entertainment in the region, it’s not surprising that Dubai’s Mirdif City Centre (MCC) is the second mall on the list. Developed by Majid Al Futtaim Properties (MAF), MCC has over 430 stores, leisure and entertainment attractions.

Following closely behind Mirdif City Centre is another mall developed by MAF, Deira City Centre (DCC). Launched in 1995, DCC has over 370 stores and attracts over 20 million visitors a year. The mall closely interacts with its Facebook fans through regular competitions and promotional offers.