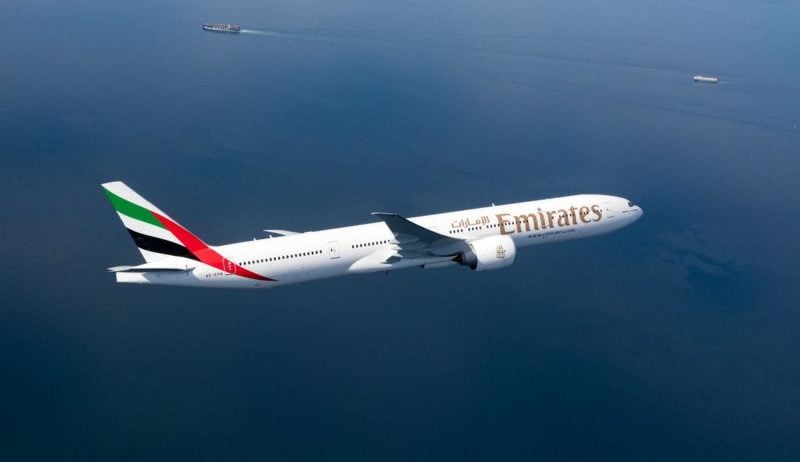 Dubai carrier Emirates has emerged as the popular brand in the UAE in 2019 for the third consecutive year, according to the latest YouGov BrandIndex Buzz rankings.

The annual listing ranks the brands with the “most positive buzz” over the past year by measuring the public’s perception of brands on a daily basis across a range of metrics.

WhatsApp ranked second, up one place from third last year, while Samsung dropped a spot from second to third. 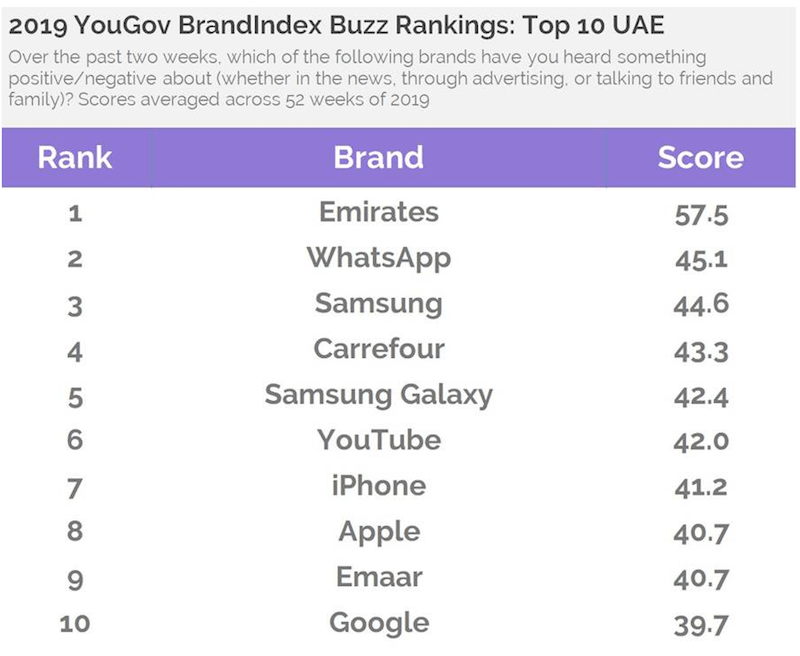 The YouGov BrandIndex also revealed the brands that saw ‘the most improvement’ in terms of perception in the UAE in 2019.

Netflix remained the “most improved” brand of 2019, on the back of original content resonating with residents.

Noon.com and Coca-Cola are the second and third most improved brands of 2019.

Amazon.ae landed at the ninth spot.

“Souq’s rebrand as Amazon.ae seems to have generated a lot of chatter among UAE residents, landing the brand a spot in this year’s list of improvers,” YouGov said in a statement.

Saudi food conglomerate Almarai remained the most popular brand in the kingdom in 2019. 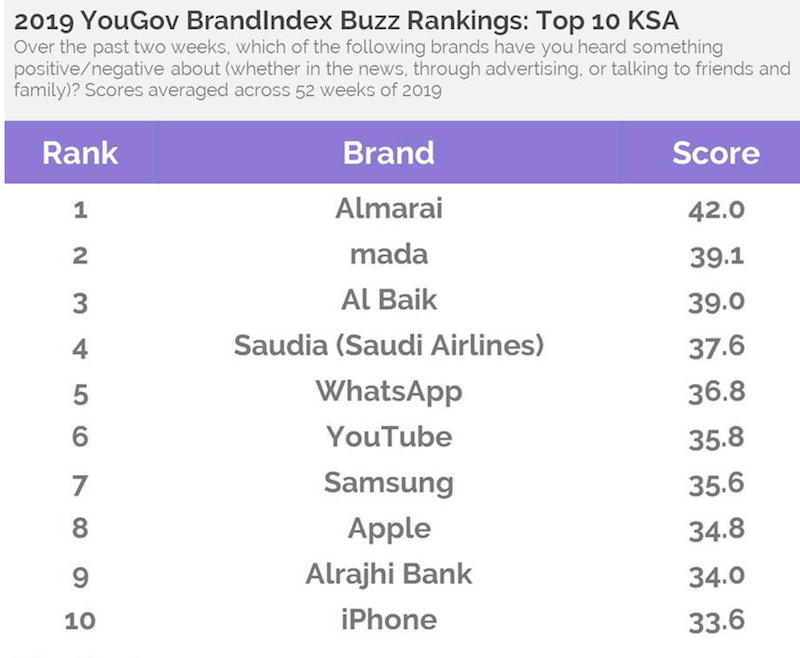