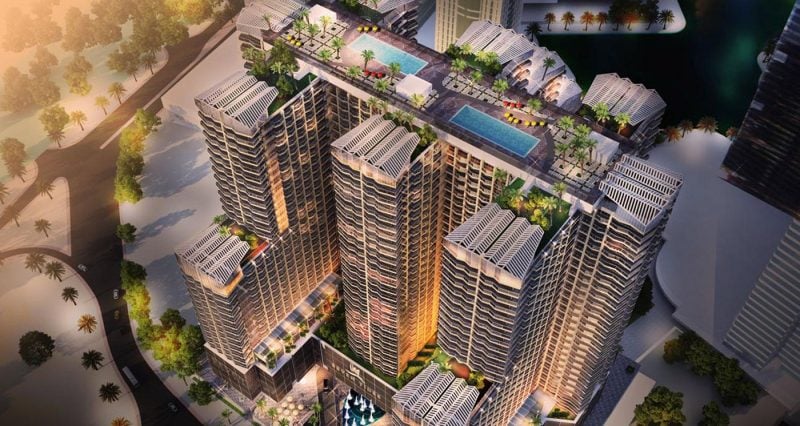 Dubai witnessed strong off-plan property sales in 2019, with the volumes during the first nine months of the year alone reaching 16,056 units – compared to 12,979 for the whole of 2018.

The project that saw the most number of off-plan sales transactions last year – 528 – was the Se7en City tower in Cluster Z of Jumeirah Lakes Towers developed by Seven Tides, according to Data Finder, part of the Property Finder Group.

The second most popular off-plan project in 2019 was Emaar’s 78-storey Grande tower in the Opera District in Downtown Dubai. The luxury residential tower, one of the tallest being built in Downtown Dubai, recorded 446 off-plan transactions in 2019.

The project which registered the highest volume of sales on the secondary market was Al Khail Heights 9a-9b with 213 transactions, according to the report.

The First Group’s Sky Central Hotel in Barsha Heights (135 transactions) and Royal Amwaj Residences North on the Palm Jumeirah (133 deals) rounded off the top five most popular buildings on the secondary market in Dubai last year.

“What is interesting to point out in this data is how the popular buildings in the secondary market were all in the very affordable range while in the off-plan segment, the majority of the popular buildings were in the luxury market,” said Lynnette Abad, director of Data and Research, Property Finder.