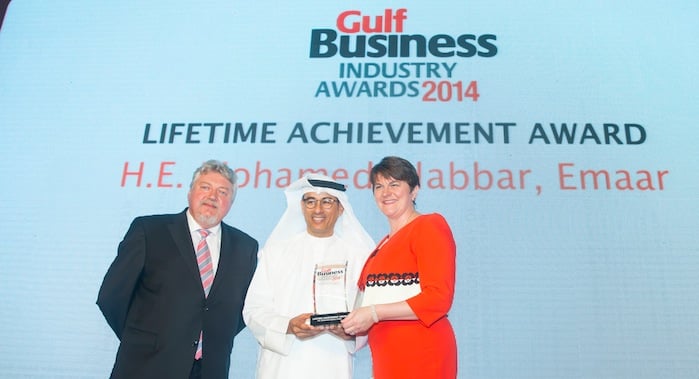 The third edition of the celebrated Gulf Business Industry Awards took place in a glittering ceremony on Monday, with over 350 people in attendance to applaud the best in the UAE’s corporate world receive their accolades.

A total of 25 awards – judged by an independent panel and public voting – were handed over to some of the biggest names in the country at The Westin Mina Seyahi Beach Resort & Marina.

The evening ended with the prestigious Lifetime Achievement Award handed in person to the winner, His Excellency Mohamed Alabbar, the chairman of Emaar (pictured above).

(Scroll down to see the full list of winners)

Tourism and Hospitality Company of the Year
Hilton Worldwide

Energy Company of the Year
ADNOC

CSR Initiative of the Year
DEWA