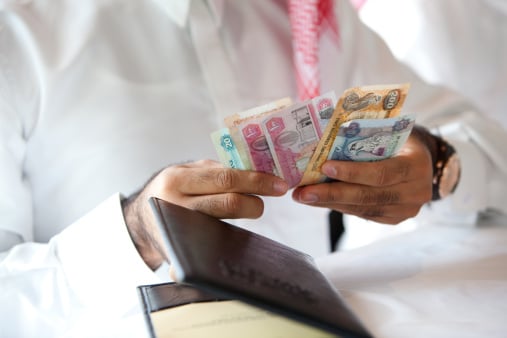 Revealed in the Gulf Business 2013 Salary Survey, the tiny gas-rich state tops the list of the best countries in the GCC for CEOs to earn the most money, with average monthly salaries ranging from $30,069 for Asian expats to $35,178 for Arab expats.

Saudi Arabia came second in the list for Asian and Arab expatriates but tops the poll for Western CEOs looking to earn a substantial income, with the average figure topping $35,294 a month.

The United Arab Emirates came third in the list for all expatriates with average monthly salaries ranging from $28,414 to $32,911, with Kuwait, Bahrain and Oman rounding up the fourth, fifth and sixth positions respectively.

Only Qatar and Saudi Arabia moved positions when comparing salaries of CEO expats from different origins.

The Gulf Business survey revealed that while overall salaries across GCC nations have been static, the individual compensation in each GCC country has seen some variance.

In Saudi Arabia and Qatar, overall pay and salary increases continue to be more than other GCC nations, largely due to the impetus on construction and government spending.

“In the case of Saudi, the hardship factor will always ensure that candidates can negotiate a premium on salary demands, whilst Qatar in order to attract talent to its burgeoning economy must make salaries more attractive than its main competitor in the UAE,” says Ian Giulianotti, associate director, HRM Consulting, Nadia.

In the UAE – long the Gulf country of choice for Middle East-bound expats – compensation was tepid as an influx of migrants from Europe and Arab Spring-stricken countries made their way into its borders.

Kuwait retained its status as an average paymaster in the GCC while Oman, which comparatively pays the least to Western expats, was also soft in terms of salary rises.

Bahrain continued to bear the whiplash of political upheaval with professionals fleeing the nation in search of safer pastures. As a result, Western expats continued to demand good packages as the premium on attracting them to work and live there has increased.